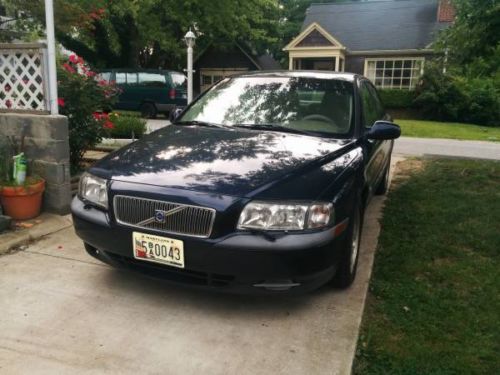 While we were seated at our desks like good worker bees yesterday, Irv Gordon was continuing his assault on the record books. Gordon, if you recall, is the original owner of a red 1966 Volvo P1800 (owner and car shown above), and yesterday, Volvo says the coupe's odometer clocked its three-millionth mile. The miracle mile occurred on the Seward Highway in Alaska, one of only two states that Gordon had never visited.
It took the New York native more than 20 years to hit his first million miles in 1987 and another 15 years to achieve two million miles in 2002, but a road trip to Alaska will further cement his place in the record books as the car surpasses three million miles. Gordon has almost doubled the 1.69-million mile distance that helped him win a Guinness Book of World Records title for the most miles logged on an originally owned car, and this new momentous distance proves the durability of both man and machine. For more information on Gordon's feat, scroll down for a Volvo press release or check out a website set up to celebrate his latest milestone.

We have more details on the 2015 Volvo XC90 and the all-new, touch-heavy infotainment system that will debut with it. An expansion of the Sensus system, as we've shown you before, we now know the new system won't only sport a large, vertically oriented touchscreen, but a head-up display and the ability to manage the systems via wheel-mounted buttons.
Key to the entire experience are the large, portrait-oriented touchscreen, a head-up display and the thumb controls you can see on the face of the steering wheel in the image above. Volvo is claiming that this combination will be easier to use and, fittingly for the Swedish manufacturer, safer.
"Using the screen is so logical that it will become part of your muscle memory very quickly," said Dr. Peter Mertens, Volvo's senior vice president of research and development. "Information, navigation and media are high up and easy to check. The phone controls, application icons and climate controls are located low, comfortable to reach and touch. All of this logic is based on extensive usability and user experience research and the latest technology."

US could get Chinese Volvos soon, possibly Geely joint-venture subcompact?

After a little more than three years since Volvo was acquired by China's Geely, it was only a matter of time before products from this marriage started to show up in the US. Although nothing seems to be written in stone, Automotive News is reporting that the US could be getting Chinese-made Volvos sooner rather than later.
In speaking with AN, Volvo CEO Hakan Samuelsson said that Chinese Volvos could be exported to the US "fairly quickly," and while there was no word on any specific models being considered, the article points out that the S60 (shown above) is already being produced locally in China at a Volvo plant. Another possibility is the next-gen V40, which has reportedly received plenty of support from US Volvo dealers. Regardless of which model it is, Samuelsson doesn't seem too worried about a "Made in China" car receiving a negative reaction by US consumers, pointing to all the other Chinese products sold here.
On a global scale, AN is also reporting that Geely is working on a new subcompact platform co-developed with Volvo to compete against cars like the Honda Fit, Ford Fiesta and VW Polo. There is no word as to whether or not this Geely-branded model would be coming to the US, but just last year, we heard that the Chinese automaker is looking to break into the US market by 2016.