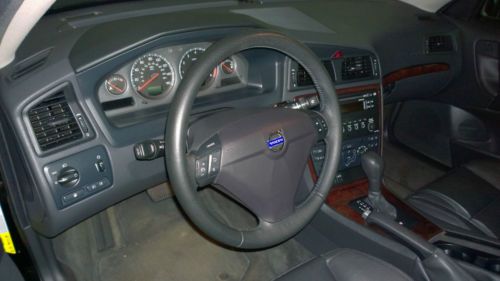 Following the acquisition of Volvo by China's Zhejiang Geely Holding Group in 2010, we definitely saw this news coming. The two companies have signed an agreement that will give Chinese automaker Geely access to key technologies developed by Volvo, and in turn, the deal could help the Swedish automaker lower its production costs.
As a part of the "technological cooperation agreements" signed by both companies, Automotive News China reports that Geely will be able to tap Volvo for three much-needed technologies, including the use of a midsize platform, Volvo's proven safety innovations and interior air quality systems. The latter two technologies are important to improve the crashworthiness of Geely's cars, along with helping isolate vehicle occupants from China's often severe air pollution. The report says that Volvo tech will likely be used on a premium car brand that Geely is expected to create.
Volvo, on the other hand, is to benefit from the "local market exploration experience and cost control experience" of Zhejiang Geely Holding Group, which is technical way of saying that Volvo will be able reduce its costs by tapping into Geely's established supply chain.

I must have been around Bar Mitzvah age when I was in the back of my parents' car on the highway as we passed a truck full of Volvo 850 T-5R wagons - half of them in black, half in banana yellow. It was one of the coolest things I'd ever seen: a whole gaggle of sleeper power wagons that were infinitely cooler than whatever minivan we were riding in. Hard to believe that was 20 years ago, but it was. And Polestar is understandably keen to mark the anniversary of the first overt Volvo performance wagon.
While Volvo's racing partner hasn't released some commemorative edition to celebrate that prototypical sleeper, it has shot a special batch of photos of the T-5R (based on the 850 wagon internally known as the 855 for its five doors) alongside its modern successor, the V60 Polestar. The images shot in Huntington Beach, CA, only go to show how much has changed in the two decades that separate them.
Whereas this front-drive T-5R packed a turbocharged inline-five driving 240 horsepower through a four-speed automatic propel the yellow box to 62 in 7.0 seconds, the turbo six in the svelter, Rebel Blue-clad 2015 V60 Polestar churns out 350 hp to all four wheels through a six-speed auto for a 4.9-second sprint. That's the kind of progress we can get behind. In fact, it's the sort of progress that everyone can get behind, really, because chances are whatever you're driving will probably have a hard time keeping up.