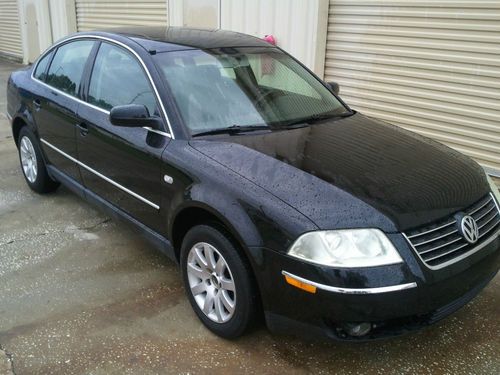 This is a beautiful 2003 VW Passat with a 1.8L turbo engine. I trust this car to take me anywhere and it is very economical.

Always garage Kept and Driven only on weekends.The A/C stopped blowing its usual ice cold air... yesterday! The diagnosis is a bad compressor. I will include the replacement compressor in the purchase.

Free Shipping anywhere in the U.S. with buy it now!

Terms of Sale: This is a 10 year old car and therefore is not brand new or perfect. There is no warranty expressed or implied. Free shipping anywhere in the continental United States only. Alaska and Hawaii not included. Full payment due within 5 days of auction end in the form of cashiers check, personal check or wire transfer. The car will not ship until the funds have cleared. Please ask any and all questions before bidding. Thank you.