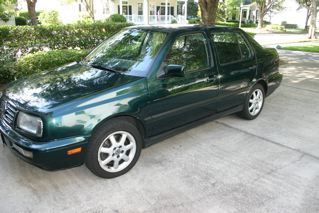 Condition: UsedA vehicle is considered used if it has been registered and issued a title. Used vehicles have had at least one previous owner. The condition of the exterior, interior and engine can vary depending on the vehicle's history. See the seller's listing for full details and description of any imperfections.Seller Notes:"Air conditioning not working. Needs new A/C compressor.Moon roof needs small part to function smoothly.One electric rear window not functioning, although securely closed."

Original non-smoking owner.  Always garaged.  This GLX was special-ordered without a spoiler.  It has fabric seats that are in very good condition.  Huge trunk and back seats fold down to accommodate larger items.  Vehicle is currently plated, insured, and in good working condition, other than as noted.  Very good Dunlop high performance tires with only 7,000 miles on them.

While the buyer is responsible for pick up, will make reasonable accommodations at this end, such as dropping off at shipper or meeting part way.

Ten percent (10%) deposit due at time of purchase, with balance due within 48 hours, unless otherwise agreed to.  PayPal preferred.