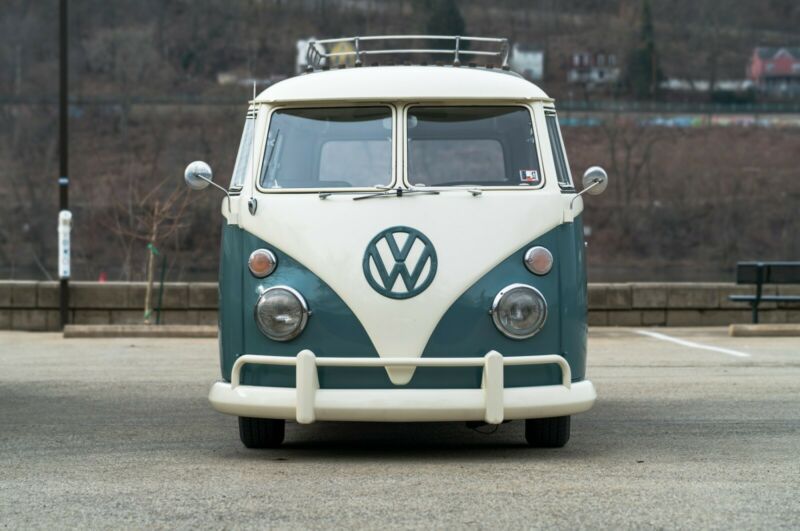 You can be confident that there is no rust anyplace to be found on this van/bus. The
floors are all new and each panel is rust free and straight. Driving this bus is a dream since everything works
and it all works so well. The engine has plenty of power, transmission shifts well, clutch works perfectly, it
steers and handles great, disk brakes ensure a good stop and the heat works well! A fresh primary maintenance and
fluid change were recently done.

Upgrades beyond restoration include the following: Original looking radio with Bluetooth and Ipod connections that
play through alpine 6×9″ speakers mounted under the rear seats. Front stock beam/tie rods narrowed & drop
spindles. Fresh brakes upgraded to front disks for modern and reliable stopping power. Heat exchanger is all
rebuilt and works well. The engine has had a recent tune up with many new parts such as spark plugs, belts, vacuum
hoses and fuel pump. Everything is freshly rebuilt or new.
Call or stop in to check this beautiful and rare bus out. You WILL be impressed.