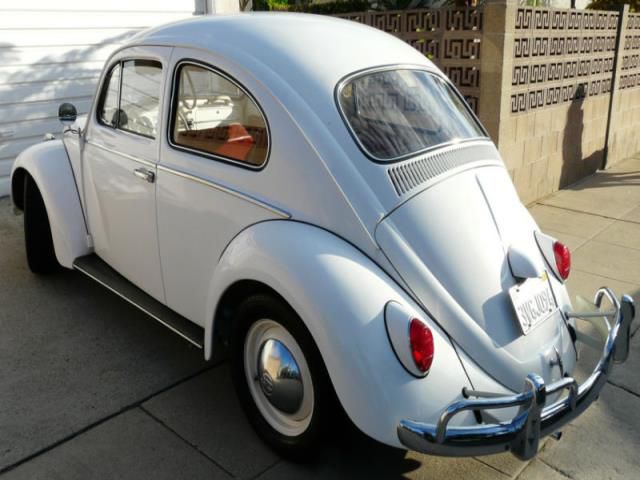 1962 VW Beetle Coupe in Pearlweiss L8 Always garaged. Interior upholstery and carpet appears to have been redone. Engine S/N 6757625 corresponds to late 1962 production, and is thought to be original to this car. Odometer shows just over 98,000 miles now .