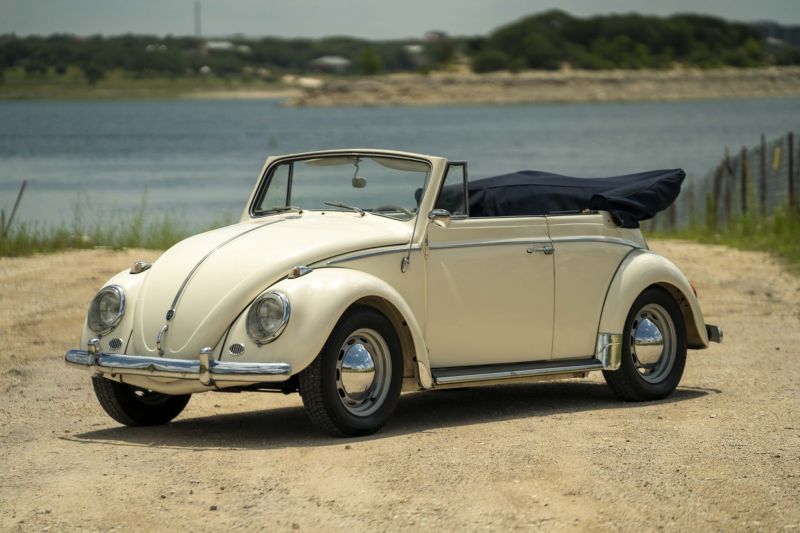 1962 Volkswagen Beetle cabriolet is finished in white over blue vinyl, and equipment includes a blue fabric softtop, a and a Becker AM FM radio. Power is supplied by a replacement 1.6-liter flat-four that operates on 12 volts and is mated to afour-speed manual transaxle. The oil was changed in preparation for the sale.