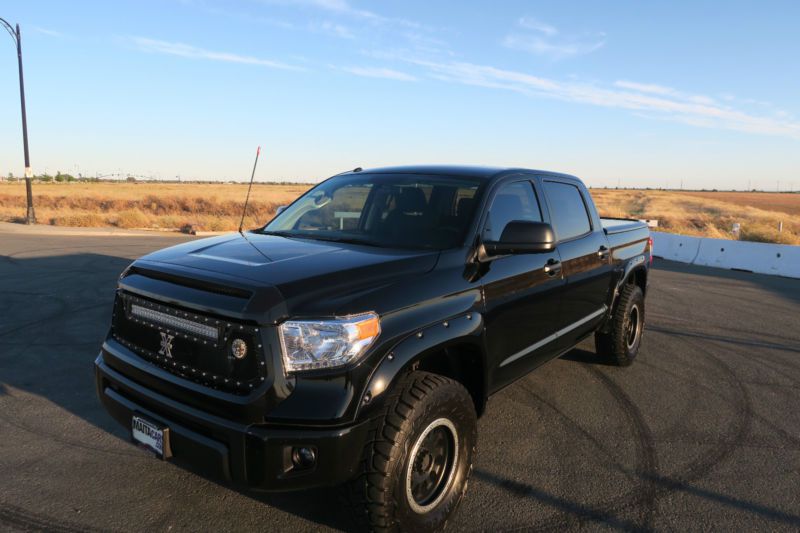 THIS TRUCK DRIVES EXCELLENT ON AND OFF ROAD,--- CAR AUDIO SOUNDS LIKE YOUR IN A LIVE CONCERT, ---THE FRONT T-REX GRILL WITH LED LIGHT IT LIGHTS UP LIKE DAYLIGHT.-- IT HAS DUAL COMPRESSORS (VAL-AIR) WITH HORN BLASTER'S K3LA TRAIN HORNS,--- IT HAS BACTRAC CUSTOM TRACTION BARS BECAUSE OF THE SUPERCHARGER,--- TRD SWAY-BAR GOOD FOR THE MOUNTAIN ROADS, --- UPGRADED FOG LIGHTS, HID HEADLIGHTS AND LED INTERIOR LIGHTS,--- IT HAS ICON VEHICLE DYNAMICS STAGE 6 SUSPENSION, DEAVERS REAR SPRING,, COACH BUILDERS CUSTOM ALUMINUM SHACKLES,--- AMP POWER STEP WITH LED LIGHTS,--- WEATHER GUARD FRONT AND REAR FLOOR MATS,--- IT HAS A BEDGUG CARPET KIT, IT ALSO HAS SPRAY IN LINER, --- UNDERCOVER TONNEAU COVER WITH LED LIGHT AND LOCK,--- IT HAS FULL ALARM SHOCK SENSOR IN WHICH THE TRAIN HORN COULD BE TURNED ON OR OFF WITH THE ALARM.