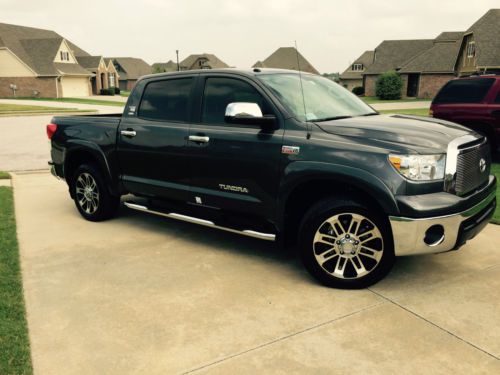 We now have pricing for Toyota's redesigned 2014 Highlander, which is seeing moderate price hikes across the board. Prices for the popular crossover have been bumped from less than 1 percent to less than 3 percent on lower-end models (anywhere from $125 to $890, depending on trim). Toyota has increased prices on higher-end XLE and Limited models more substantially - between 4.1 and 4.5 percent ($1,480 to $1,700). The Highlander Hybrid sees its price increase 2 percent ($930). The new model will be available in four different trims and with either front or all-wheel drive.
The absolute cheapest member of the Highlander range, the base LE, with a four-cylinder and front-wheel drive starts at $30,075, an increase of just $195. The LE is also available with a V6 and all-wheel drive, with the bigger engine upping the price to $31,380. All-wheel drive models start at $32,840. A slightly pricier LE Plus starts at $33,600 for a V6 FWD model and $35,060 if you add all-wheel drive.
Next up, we have the XLE, which starts at $36,900 for FWD models and moves up to $38,360 for AWD. The top-tier Limited model starts at $40,500 in FWD spec, grips-at-all-fours versions will retail for $41,960. For those that want the very top of the Highlander range, there's the Platinum Pack, which adds the Driver's Tech Pack (adaptive cruise control, pre-collision warning, lane departure warning and automatic high beams), a panoramic moonroof, heated steering wheel and heated second-row seats to the already well-equipped Limited model. Highlander Platinums start at $42,990 and $44,450, depending on how many tires are doing the work. (Note: All prices include an $860 destination and handling charge.)