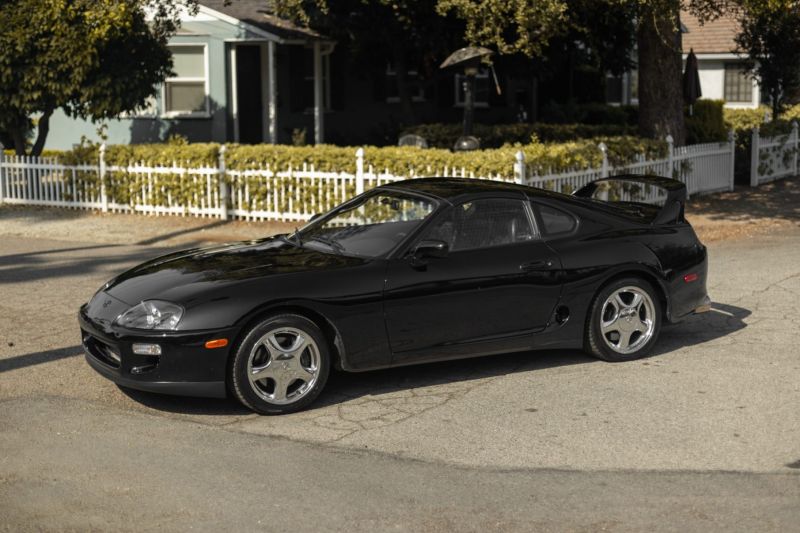 My eMail : Loufynn55@gmx.us This 1995 Toyota Supra Turbo is finished in black over black leather. Power comes from a 3.0L inline-six paired with a four-speed automatic transmission. Modifications include an HDI front-mounted intercooler, an aftermarket air intake, an HKS valve and full exhaust system, an AEM boost controller, and a wide-band O2 sensor. This A80 Supra has 58k miles and is offered with service records, an owners manual and a factory tool kit for the removable roof panel,