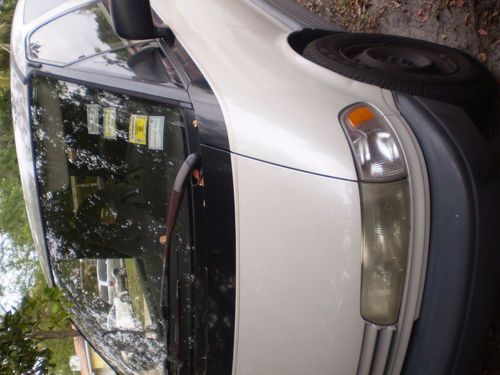 Condition: UsedA vehicle is considered used if it has been registered and issued a title. Used vehicles have had at least one previous owner. The condition of the exterior, interior and engine can vary depending on the vehicle's history. See the seller's listing for full details and description of any imperfections.Seller Notes:"has a few very minor dents and scratches on the exterior. hubcaps missing, needs a bulb under the dash and a new bushing on the front right side. back sliding door sticks shut sometimes."

93 Toyota Previa, running great, 230000 miles, been driving it all over the country without any major problems.  Has new starter, new battery, alternator is good.  has new front struts and the linkage and transaxle were recently maintenainced.  No rust, interior ok, no big tears or stains in the fabric.  Needs a new bushing on the front right side, and a bulb replaced under the dash.

Selling because I don't need a car anymore and want to save money.