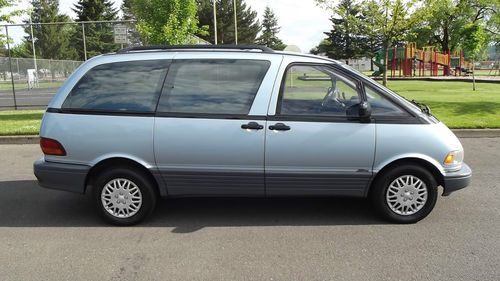 Condition: UsedA vehicle is considered used if it has been registered and issued a title. Used vehicles have had at least one previous owner. The condition of the exterior, interior and engine can vary depending on the vehicle's history. See the seller's listing for full details and description of any imperfections.Seller Notes:"This vehicle was serviced at Beaverton Toyota up to September 2012 the following items was recommended and maintained at Beaverton Toyota last visits, Performed Four wheel alignment performed Brake fluid flushed/changed Water pump replaced Fuel injection system flushed/serviced Transmission fluid changed Steering/suspension checked Cooling system checked Power steering fluid flushed/changed per Carfax, Carfax shows no accident and total of 19 service records, was Purchased at the same dealership and title from 1992 that time frame is in hand.Beautiful flawless, clean,"