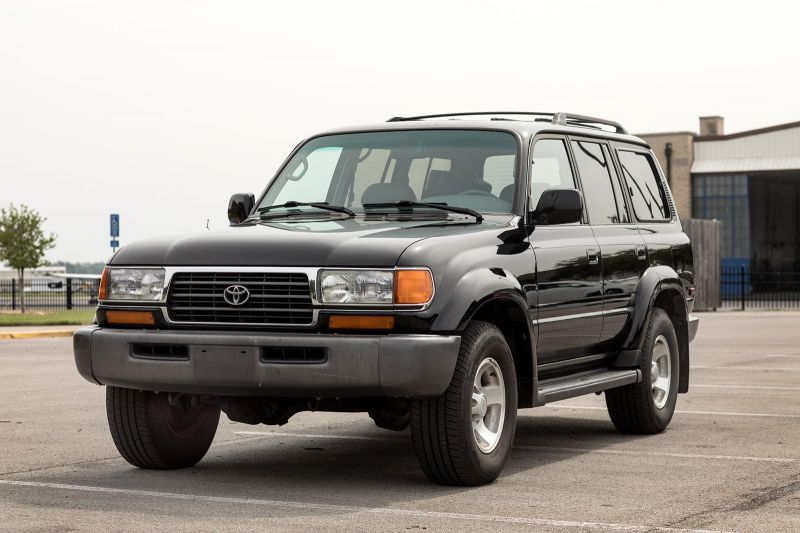 Toyota Land Cruiser is finished in black over gray leather and powered by a 4.5-liter inline-six paired with a four-speed automatic transmission and a dual-range transfer case. Additional equipment includes roof rails, a sunroof ,air conditioning, power-adjustable front seats, third-row jump seats, a Viper alarm, remote start, and a Alpine stereo with Apple Car Play. Subsequent work included replacement of the tires and radiator as well as changes of the engine oil and differential fluid.