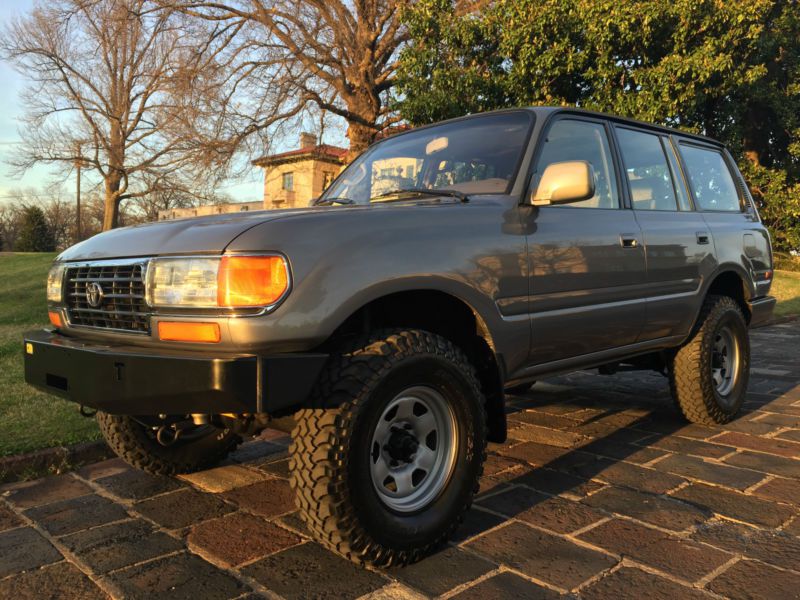 For more pictures email at: madalenemsslagowski@ukaccountant.net .

My name is Eric and I'm a Land Cruiser addict. I've owned more than 40 of them over the years and I can't stop
searching for exceptional and interesting examples. This one definitely is both. It's been my daily driver for the
past few months, but now it's time to make room for another one.
1997 Toyota Land Cruiser 80 Series in excellent condition. One family owned up until 2015. This is one of the few
"Poverty Pack" 80 Series in the US and is probably the nicest. Considered the "Holy Grail" not for what it has, but
for what it doesn't have. No Sunroof. No Leather. No CD Player. No 3rd Row Seats. No Fender Flares. No Sliding Side
Windows. No Running Boards. No Window Tint. No Alloy Wheels. No Frills.....(you get the point).
Fully locked with front, center and rear e-lockers. Old Man Emu (ARB) shocks with OME 2.5" springs in the front,
stock springs with 1.25" Slee Spacers in the rear. TJM Winch Bumper. 255/85/16 BFG Mud Terrain KM tires on freshly
powder coated steelies. Lloyd Rubber Mats.
Runs and drives perfectly. No leaks, squeaks or rattles. Everything works except the power antenna. No damage
history. $8,000 has been spent in the last 6 months on the following maintenance and improvements: Head gasket,
water pump, plugs, wires, belts, hoses, Interstate battery, fluids, A/C charge, new windshield, TJM Bumper,
re-paint and probably a few other things I can't remember.