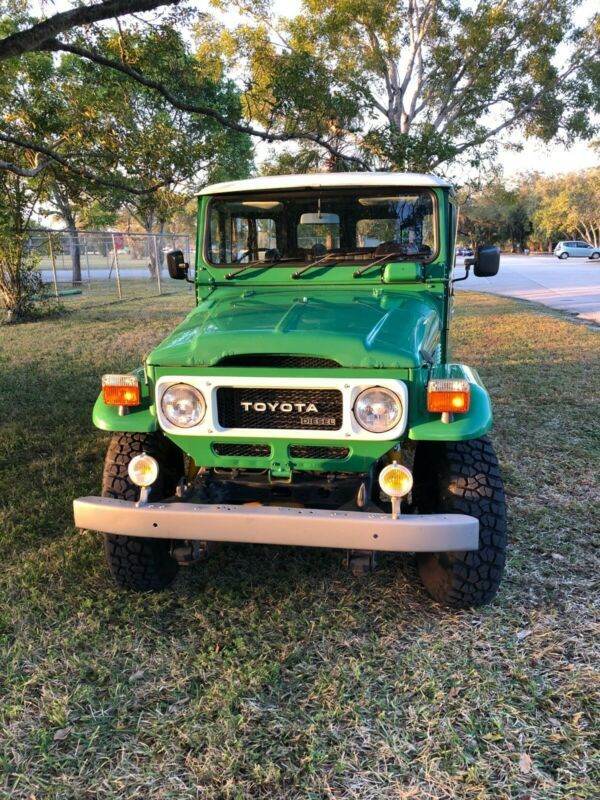 Very original late model swb LX with factory power steering and air conditioning (R12).
Overall interior is mint, and seats have had seat covers on them since new. Floor
mat, carpet, headliner, door cards are extraordinary. Mechanically perfect with no seeps, weeps, or drips anywhere.
A few rust spots confined to the face of the hood, rest of the cruiser is clean. Wheels (5) are oem US spec factory
new, and tires have about 70% left.