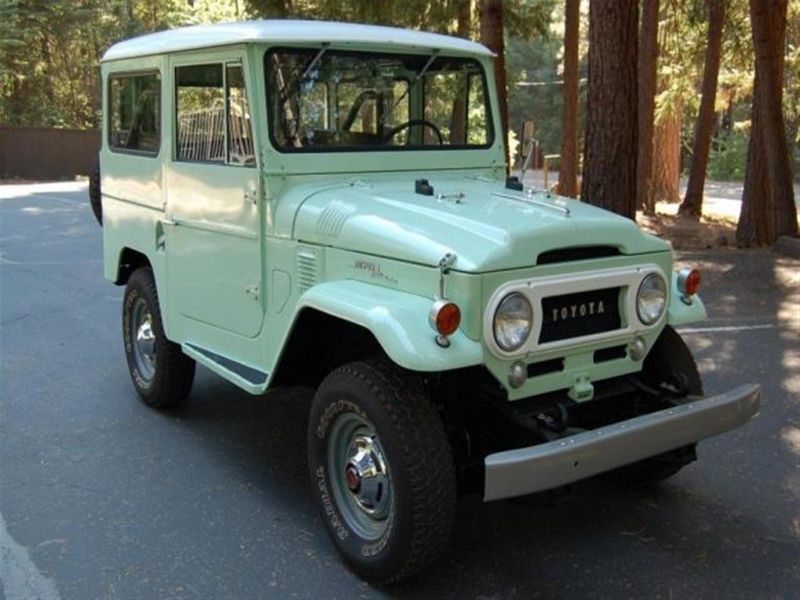 Up For Bid Is My 1966 Toyota Landcruiser Fj40. I Bought It Several Years Ago ToRestore And Then Enjoy. My Plan Was To Keep It Stock And Looking Like Its FirstPurchase In 66. As I Worked Through The Process Of Tearing It Down And ThenRebuilding From The Frame Up, I Decided To Keep It The Stock Original Toyota1028 Spring Green Color. I Also Did The Entire Rebuild Replacing The Nuts AndBolts With Stainless Steel Throughout, As Well As Other Stainless Hardware. ItHas Taken Me Most Of Three Good Years To Do The Work. I Had A Lot Of Help FromClassic Cruisers In Salida, Colorado. I Bought Most Of My Parts From CruiserCorp, And Spector Off Road.
Email me at : JuliettaMutziskp@yahoo.com