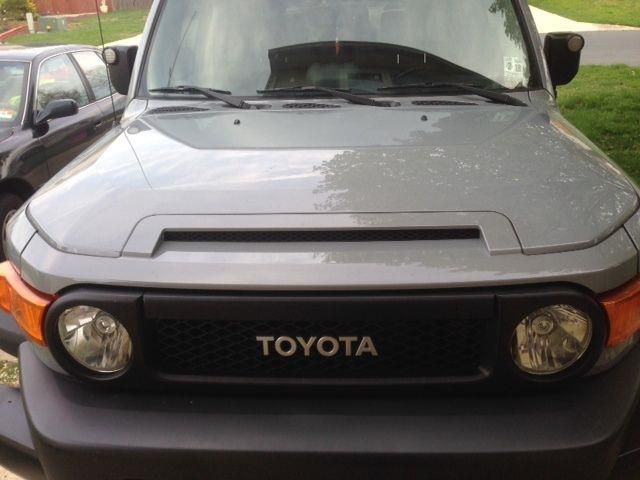 New FJ Cruisers are not being sold after 2014(there may still be some new 2014 models available).This is the most desirable color FJ ever(In my opinion),seriously though I get a ton of compliments on the color.FJ Cruisers hold the top resale value in the country,there value will only go up since they are not available new in the USA anymore.We recently decided to go in a different direction with are main vehicle so it is with a heavy heart that we must sell our FJ.This has been my favorite vehicle I have ever owned.You really feel like you own the road when you drive the FJ and other drivers seem to give you that respect.As mentioned in the description there is a small imperfection in the rear bumper from someone just kissing my rear bumper one afternoon.You will not regret purchasing this great vehicle.It is phenomenal in the snow(you couldn't get stuck if you tried).I had it out on the beach one time last summer and it handled the sand with ease.Other than being on the beach one time it has never been off road.My wife drives it to work 5 days a week and it has been to Niagra Falls once.The FJ Cruiser is a lot roomier than it looks from the outside,The unique way the rear doors open make it extremely easy getting the kids in and out of the vehicle.Remote start ,tinted windows and upgraded door speakers are the only aftermarket modifications