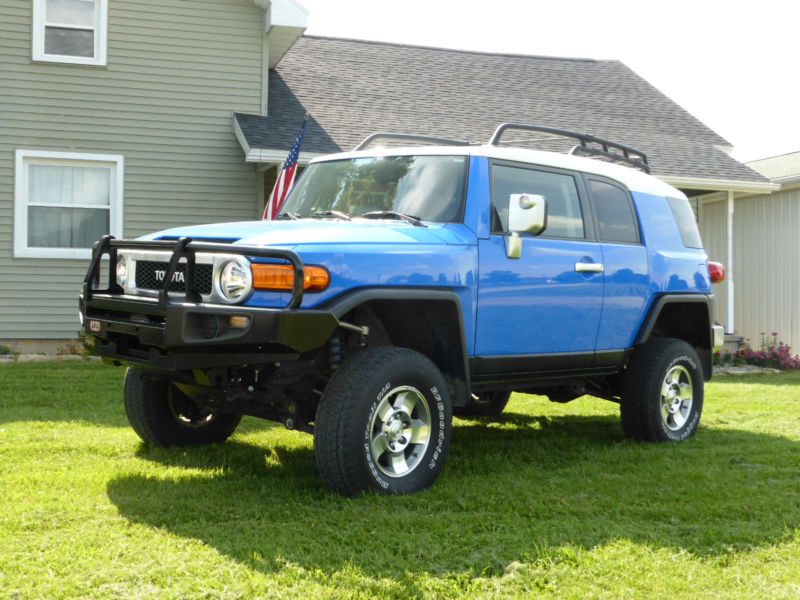 Send me an email at: galinapaganelli@gmx.com .22,800 miles
This could be one of the cleanest 2008 FJ's left in the country. This is a true one owner vehicle that has never
been off road and was stored indoors during winters. It has never seen snow, salt or ice, and has rarely been
driven in the rain.The 6" Rough Country lift and ARB bumper were installed with less then 1,000 miles on the
odometer. It also has a CV style rear drive shaft. Full synthetic oil changes every 3,000 miles. This FJ is as
close to new as you can get. The pictures speak for themselves.