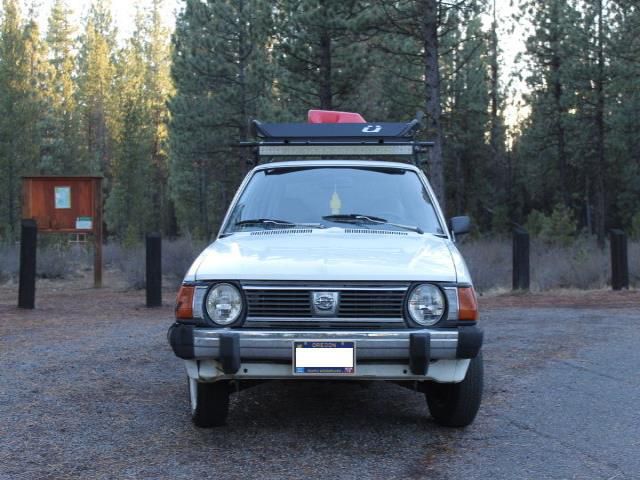 1981 Subaru DL Wagon. It has the 1.8L, 4-speed, on-the-go 4WD. I picked this car up from Arizona, and it originally came from California. I have some of the original paperwork and owners manual, which keeps a cool history to the vehicle. It is rust free for the most part (surface spots from paint chips & a few dings as well as the back of the passenger seat from the previous owner leaving it in his garage), which is hard to find with these classic Subarus.The interior is not terrible, but does require seat covers in the front two seats, as there is exposed foam. The rear seat has a couple of cracks. The carpet is in decent condition. .