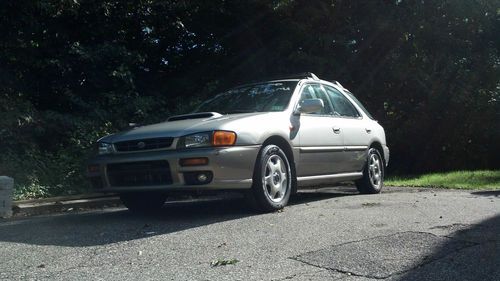 Condition: UsedA vehicle is considered used if it has been registered and issued a title. Used vehicles have had at least one previous owner. The condition of the exterior, interior and engine can vary depending on the vehicle's history. See the seller's listing for full details and description of any imperfections.Seller Notes:"Silver 182450 miles no rust or rod couple of small dents new tires new exhaustjf1 [cat-back] stock 5 speed manual new brakes 1000 miles ago . NEEDS ENGINE work"

The body is in very good condition a few scratch and small dents The Engine needs work or a new engine will be needed, new brake all 4 wheels 1000 miles ago, new Exhaust fro the cat- back stock new 4 tires , Needs to be pick up and or towed not driveable cause of engine.