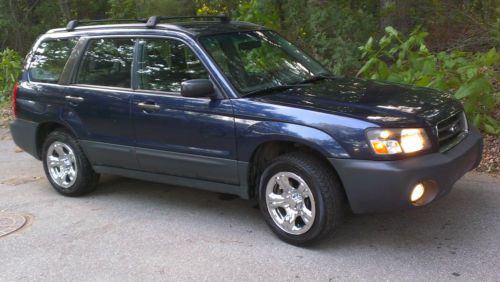 Subaru Cross Sport Design Concept is a BRZ with a backpack

Sports cars are a notoriously tough sell over the long-term. Like convertibles, sales of even the best sports cars tend to be front-loaded in the first couple of years, at which point they drop off like a stone. That may serve to explain this mysterious two-door wagonback concept from Subaru, dubbed Cross Sport Design Concept.
While details aren't exactly thick on the ground, at first blush, this appears to be a higher-riding BRZ with a more utilitarian backpack. Reports suggest the rear-wheel-drive sports coupe's chassis is riding underneath, despite the fact that the Cross Sport is 2.6 inches longer overall. Assuming the chassis itself is basically unmodified and the 2.0-liter, flat, four-cylinder engine is untouched, this could be a very effective way for Subaru to increase its return on investment in the BRZ's underpinnings while generating a very cool (if niche) shooting brake model.
With the exception of a few bits of concept car frosting (wood-lined cargo bay floor, overly-detailed steroscopic camera mounts, slivered side mirrors, etc.), this thing looks production ready, and that's just ducky with us.