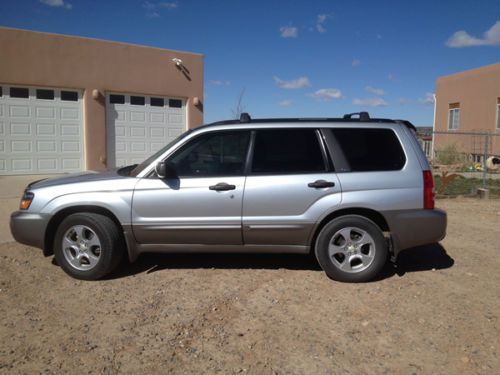 The current Subaru Legacy is only three years old, but compared to rival midsize sedans like the Mazda6 and Ford Fusion, which have recently received thorough redesigns, it might as well be a million. In other words, a reworking is in order. Caught in these spy shots, the 2015 Subaru Legacy appears to be about the same size as the current model, but it appears that Subaru is looking to push the sedan a little more upmarket in terms of styling and luxury.
Despite the heavy camouflage, some elements of the new Legacy's design are still visible. The new headlights still have a scalloped shape but are much narrower, and we can also see the deep body creases that run the full length of the sedan. At the rear of the new Legacy, the taillights should get some added depth with a C-shaped brake light design similar to what we saw on the WRX Concept earlier in the year.
Showing that Subaru is aiming a little bit higher for this Legacy, this car is being benchmarked against all-wheel-drive luxury vehicles like the current Infiniti G37 and the Audi Allroad - the latter is likely for comparison with the Legacy's wagon version, the Outback. Following the XV Crosstrek Hybrid, we expect the 2015 Legacy to be the next Subaru product to get a gasoline-electric hybrid powertrain, which we hear will be paired with a turbocharged four-cylinder engine, a CVT and, of course, all-wheel drive.

Subaru has pulled the covers off its 2015 Legacy Concept before the car's debut at the LA Auto Show next week. The sedan trades in its relatively staid styling for a more aggressive, coupe-like design that almost makes us forget about the rear doors from some angles. Overall, the Legacy looks beefier than your average Subaru, similar to the Ford Taurus.
The concept's character line stretches all the way back to a small trunk, which helps the car achieve its coupe-like appearance. But the front end makes the biggest impression, with "hawk-eye" headlamps and a gaping hexagonal grille with three horizontal slats. The taillights have a shape similar to the headlamps to "enhance the solidity of the overall design," Subaru says.
Custom paint called Ocean Silver Metallic adorns the concept, which sports 21-inch wheels under bulging wheel arches that Subaru says hints at the standard all-wheel-drive system (the BRZ is the only two-wheel-drive Subie).