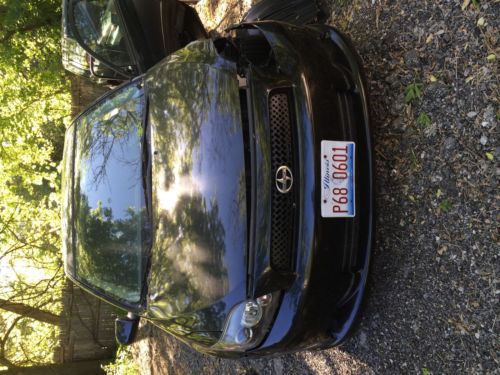 Cashing in on some of the excitement surrounding the FR-S, Scion has given its front-wheel drive coupe a refreshed look at the New York Auto Show. When the 2014 Scion tC shows up at dealers this June, the entry-level coupe with have an improved exterior styling to give the car a sportier appearance while also adding some new cabin tech and an updated six-speed automatic transmission.
The new face of the tC includes an oversized lower grille very similar to the FR-S, but reshaped headlights, hood and vertical lower accent lights also creates a more dynamic look for this budget-priced coupe. At the rear of the car, clear-lensed taillights and a blacked-out lower diffuser finishes the major styling changes. Inside, a new touchscreen audio system also includes Bluetooth connectivity, and the optional Scion BeSpoke Premium Audio includes navigation and Aha Internet radio app.
Building on the tC's sportier image, the automatic transmission adds a little extra excitement as well with a new manual shift mode and a rev-matching, throttle-blipping feature. For better driving dynamics, Scion also promises a more rigid body structure and enhanced suspension components. Scroll down to read all about the 2014 tC in the official press release.