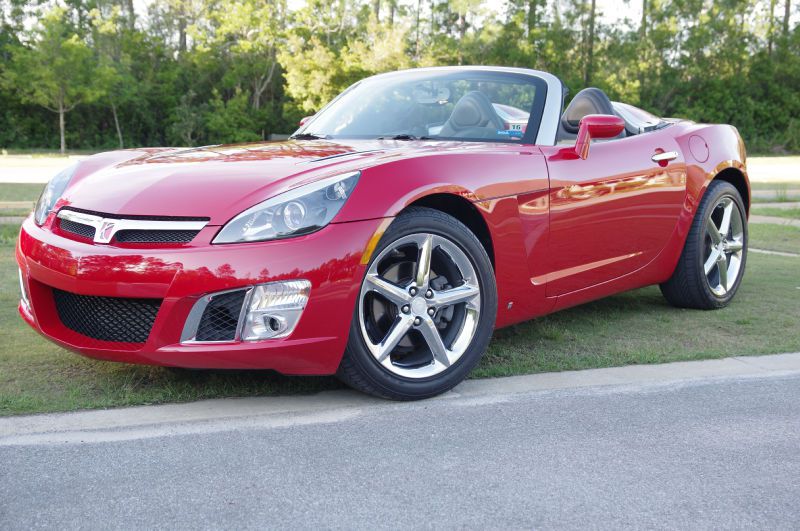 Please email me with any questions or requests for additional pics or something specific at: kenatygart@netzero.net .

Up for grabs is this 2008 Saturn Sky Redline Turbo with the following options and much more;
5 - speed automatic
18' Chrome Aluminum Wheels
Leather seats
High performance audio system w/ Monsoon speakers
6 Disk CD changer
Rear Spoiler
Power locks, windows, mirrors, cruise control
I purchased this Redline from the original owner in November of 2015 with right at 17,000 miles on it. There is
absolutely no issues with the car, it runs and handles great and all accessories are 100% functional. The car was
just serviced, Oil and filter changed using Mobil 1 .
The 2.0L I-4 Turbo Direct-Injected engine puts out 260 H.P. stock from the factory.
I did swap out the catalytic convertor to a 2.0L Ecotec High Flow Cat, by Solo Performance and install the Trifecta
Performance Tune. (combined a $700.00 value) You can visit this web site for details on both of the performance
options. Together they add about 80 pounds of torque and around 30 hp. above stock. This car will absolutely
fly!!!