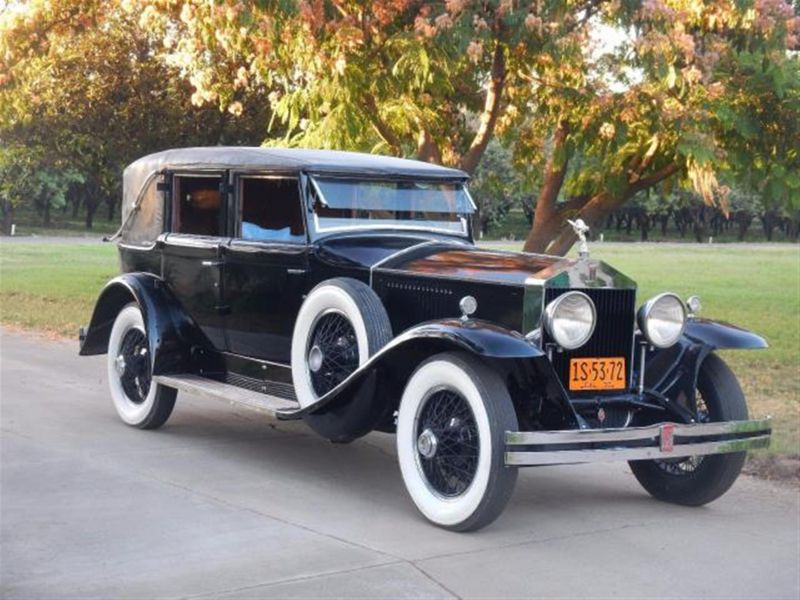 The original owner of this 1930 Springfield Rolls Royce Phantom ITrouville was the famous film producer Joe Schenck, President of United Artistsand later chairman of 20th Century Fox. During the Golden Age of Hollywood hewas one of the most powerful and influential people in the film business. Hispersonal Rolls Royce (now offered for sale) has attended many Hollywood Premiereevents, and transported countless celebrities and stars of the silver screen.NORMA TALMADGE Schenck was husband to the famous silent movie star NormaTalmadge. She famously turned thefirst spade of dirt for the construction of the now historic theater and futurehome of many grand Hollywood movie premieres; including the renowned AcademyAwards ceremonies. Norma Talmadge’s impact upon the silent film industryinspired the character Norma Desmond in the seminal 1950 film Sunset Boulevard(directed by Billy Wilder, starring William Holden and Gloria Swanson). BothSchenck and Talmadge have been honored with stars on the Hollywood Walk of Fame.They later divorced in April of 1934. THE INVADER Joseph Schenck enjoyedsocializing and entertaining Hollywood celebrities. Besides transportation toHollywood premieres he undoubtedly used his Rolls Royce to transport his gueststo and from his beautiful 160 ft. sailing vessel, the Invader. The racing vessel was constructed on the East Coast during 1905.