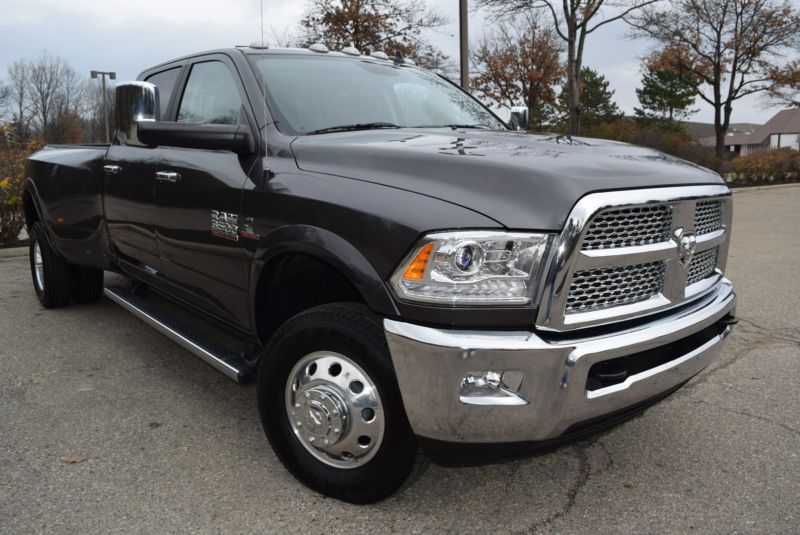 For more pictures email at: buddybeeddie@oneuk.com .

One of the more curious developments at the Los Angeles Auto Show this week was the return of the Chevrolet Colorado pickup truck. General Motors ended production of the Colorado and its cousin, the GMC Canyon, early last year. At the time, the decision seemed to be the final curtain for small and midsize domestic pickups, as it followed Ford's decision to kill the Ranger and Chrysler's decision to end production of the Dodge Dakota.
Bigland argues the Ram 1500 EcoDiesel is essentially competing for the same buyers as the Colorado.
Does Chevy's revival of the Colorado mean a new dawn for the segment overall? Yes and no. The Colorado's reinvention essentially provides a peek at how automakers tackle the same problem in two different ways. GM's approach is to create a new midsize pickup. Chrysler's approach, on the other hand, would seem to focus more on the prospective buyer than the product itself.

Need a cargo van, but nothing too big? Fiat Chrysler Automobiles could have the answer in the form of its new Ram ProMaster City. Essentially a domesticated version of the Fiat Doblo, the ProMaster City joins the Ram family as the baby brother to the larger ProMaster (née Fiat Ducato). But if you've been wondering how much one will set you back, Auburn Hills has now announced pricing.
The 2015 Ram ProMaster City Tradesman Cargo starts things off with a $23,130 MSRP, plus a $995 destination charge. Upgrade to the Tradesman SLT Cargo and you'll be looking at $24,655, while the passenger-oriented Wagon and Wagon SLT start at $24,130 and $25,655 respectively (again, plus $995).
The base delivered price of $24,125 makes the new Ram ProMaster City more expensive than its competition, with the Nissan NV200 the cheapest in the segment at $21,605, the Chevy City Express starting at $22,950 and the Ford Transit Connect starting at $23,125 (all prices including destination fees).