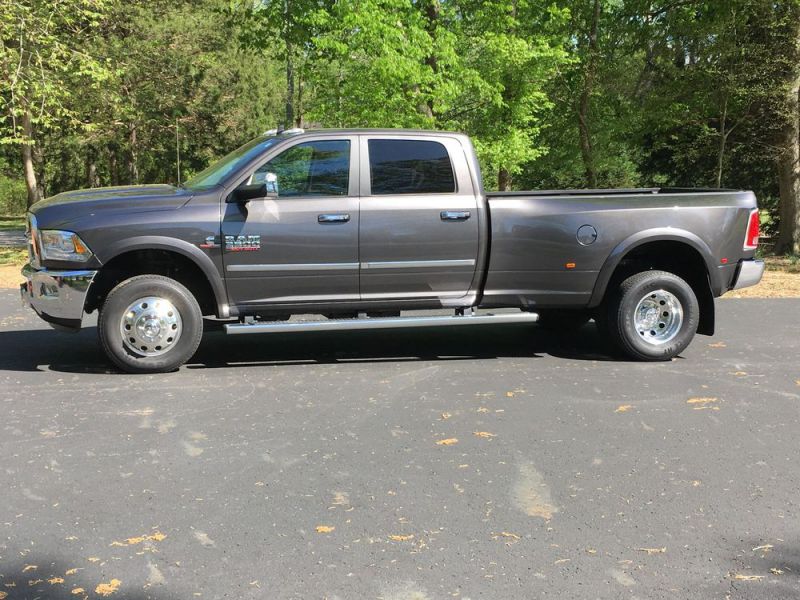 If you have any questions please email at: hildehkknott@bradfordfans.com .

THE TRUCK HAS THE REMAINDER OF A 5 YR.-100,000 MILE FACTORY WARRANTY. THE TRUCK WAS TITLED OUT ON 04-11-2015. THE TRUCK HAS HEATED AND COOLED SEATS, HEATED STEERING WHEEL , ENGINE BRAKE, NAVIGATION, XM RADIO WITH ALPINE SOUND SYSTEM. ADJUSTABLE PETALS, TILT WHEEL, TWO BACKUP CAMERAS [ONE IN THE BED FOR THE GOOSE NECK BALL AND ONE ON THE TAIL GATE FOR THE BUMPER], FACTORY BED LINER. B&W QUICK RELEASE FOR THE BALL IN THE BED (THE BALL CAN BE TURNED OVER WHEN NOT IN USE AND BE FLUSH WITH THE BED). THE ORIGINAL TIRES WERE VERY ROUGH, SO I REPLACED THEM WITH 6 NEW GOOD-YEAR TRANS-FORCE TIRES ABOUT 5,000 MILES AGO. ALSO NOTICE THAT I PURCHASED A SET OF CARPET TYPE RAM FLOOR MATS, PLUS RAM MUD FLAPS TO KEEP THE TRAILER CLEAN. NOTICE THAT THE RUNNING BOARDS ARE LONGER THAN NORMAL SO THAT IT WILL BE EASIER TO GET INTO AND OUT OF THE BED. THE ENGINE AND DRIVE TRAIN ARE ALL ORIGINAL AND NEVER BEEN ALTERED. THE TRUCK DOES NOT HAVE A SUN ROOF.