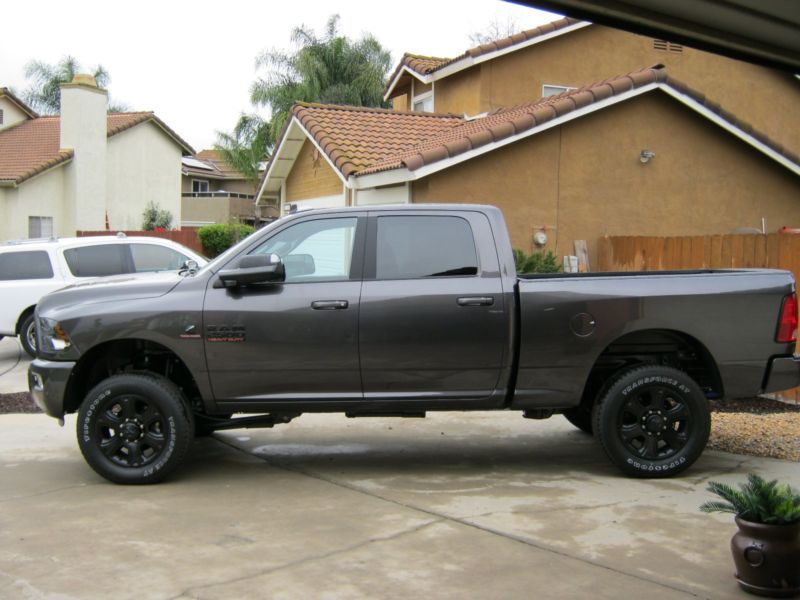 For more pictures email at: rachaelrbbialaszewski@plonkers.com .

I just purchased this truck brand new at the end of January from the local Ram dealer. When I got home the truck
will not fit in my garage and is too big for what I need. It has every option except leather. Sticker was $61,750
and I paid $56,000 plus taxes and registration. I put a leveling kit on the truck, bought a car cover and a K&N
air intake system which I have not even installed yet. This truck is brand new. It has 306 miles on it. It has
the sport appearance package, is Granite Crystal Metallic and has the 5th wheel brackets installed in the bed from
Ram. Nothing has been towed with this truck.