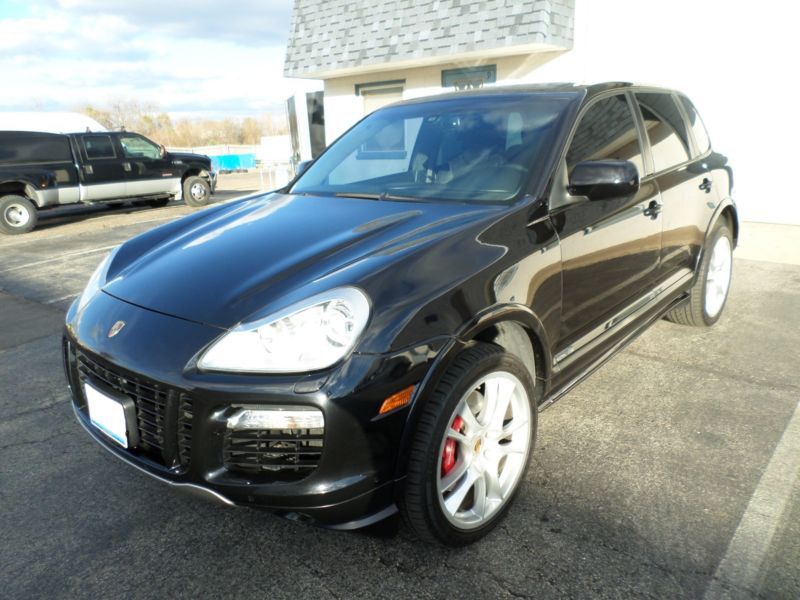 2009 Porsche Cayenne Turbo S in Like New Condition. There's too much
to list here so please see photo of the original window sticker. This vehicle is Garage Kept by a meticulous non
smoking owner. The vehicle's exterior is a Basalt Black Metallic and is really looks stunning in the sunlight! The
550 Horsepower 553 ft lb of torque is the ultimate high performance SUV Performance is hard to imagine until you
drive it. 150 more Horsepower than a Ferrari 360.
New summer tires with only 3,000 miles on them and brand new winter tires and rims for easy change out
$2,000.00 new. New rear brake pads and rotors. Rear seat DVD player, adjustable suspension, Weather tech floor mats
thru-out, adult driven.