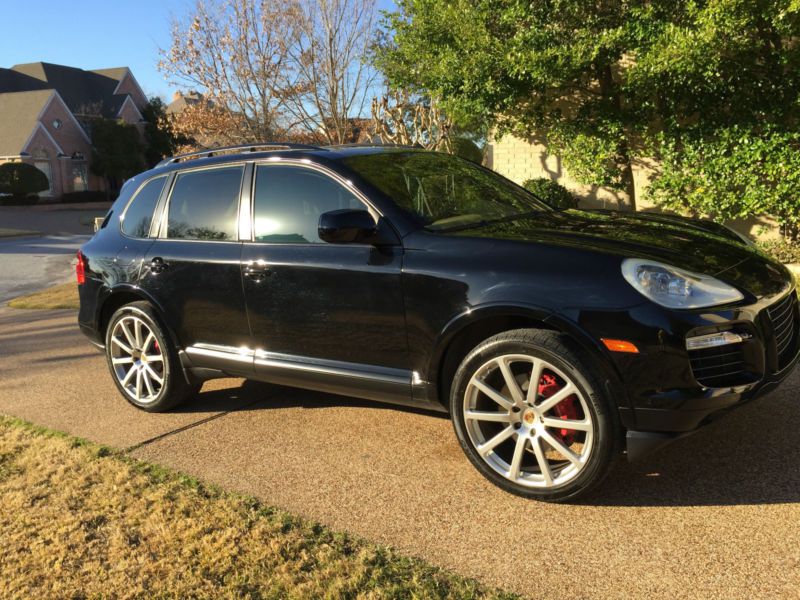 For more pictures email at: nicolnhhenricksen@crewefans.com .

One owner. This was my personal daily driver for 7 years. Never abused, never taken off-road and well-maintained
with regular service. Always premium grade lubricants. This car purchased new had many options driving the sticker
to $130K in 2008. Today's version of this car sells for between 175K and 210K. It has a high-performance Porsche
Turbo engine estimated to have between 600-610hp. Chip and high performance exhaust installed by dealer boosting
HP. Xenon headlamps, premium sound system, leather multi-directional heated and cooled seats with matching suede
headliner and moon roof. Heated steering wheel, multi-level suspension, tiptronic / auto transmission. This
Cayenne is in excellent condition, It is not perfect, but close...it is an extremely nice car. I actually hate to
part with it but I am running out of car space. Would be a great second car for someone. Note - it takes premium
fuel and it likes gasoline a lot, but it is a fun car to drive. Lots of muscle and a nice resting profile. Best
Cayenne body-style in my opinion. This car is ready for many more fun miles. Happy to answer any questions. Note:
Photos show a missing rear left head rest. I have the headrest but in order to fold down the rear seats, the head
rests need to be removed.
A 2008 model review by the Fort Worth Star Telegram is below:
"The ultra-high-performance model is the Cayenne Turbo, which lists for $93,700. It has a twin-turbo version of the
4.8-liter V-8 engine, rated at 500 horsepower and 516 foot-pounds of torque. EPA estimates are 12 mpg city/19
highway -- quite respectable for this much power.
This model can reach 60 mph in just 4.9 seconds, and has a top speed of 171 mph. Helping to improve power and
fuel-efficiency on the new models is Porsche's all-new direct fuel injection technology for the Cayenne. It's
standard on all three models. The Cayenne is a rather heavy SUV that can carry five adults and all of their
luggage, so the performance figures are quite impressive. Curb weights range from 4,762 pounds for the V-6 with
manual gearbox to 5,191 pounds for the Turbo model.
The manual gearbox is offered only with the V-6 engine; the S and Turbo models come only with the six-speed
Tiptronic S automatic, which is optional on the base Cayenne.
For those who want to get the best performance out of the Cayenne, the Tiptronic transmission offers manual
shifting without having to worry about a clutch. Paddles on each side of the steering wheel allow for quick up- and
downshifts.
The car also comes with a "sport" mode that lowers the automatic transmission's shift points for quicker
acceleration."