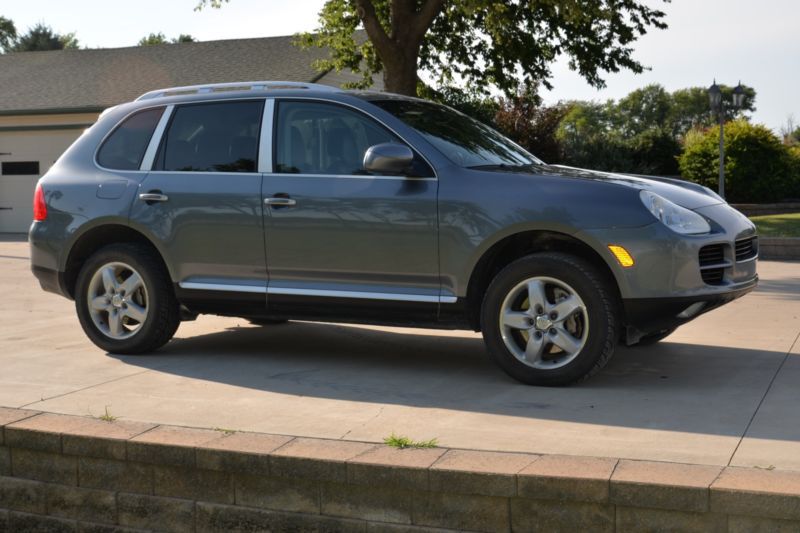 2004 Porsche Cayenne S with only 47,027 original miles. Very nice condition, next to new tires (maybe 500 miles on
them) interior in great shape, seats show very little to no wear. Only notable defect is a small imperfection by
drivers side rear door (please see pictures) Not sure what happened here, but it's there. All options work as
they are supposed to, no surprises. Fly in and drive it home or have it shipped. It is 100% road ready with a
fresh oil/filter change less that 300 miles ago. Garage kept its entire life.
This has been a great vehicle for us, but we just have too many and something has to go. This would be a great
vehicle at a great price. Any questions, feel free to ask.