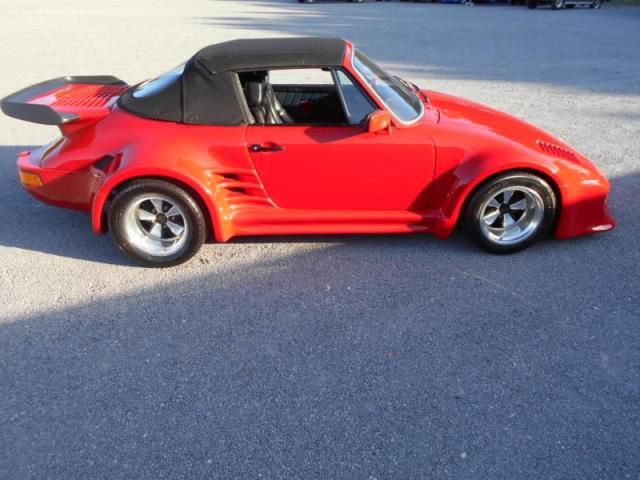 The 2.2 Liter motor has 2 Tripple throat Zenith Carburators Motor is in great condition, 5 speed dogleg transmission in great shape car is very clean in and out , undercarriage in excellent condition, Top is in excellent / new condition headliner is perfect.The ignition system as been changed to a modern Clewett Engineering Crank Fire Ignition, easy to adjust timing from inside car.

In the event that the Porsche Panamera Turbo's 520 horsepower and 189-mile-per-hour top speed aren't enough to sate the appetite of the speed freak, Porsche has just given the auto show debut to the faster, more powerful Panamera Turbo S.
With 570 horsepower being pumped from a 4.8-liter, twin-turbocharged V8, the Panamera Turbo S promises even faster acceleration, hitting 60 mph in 3.6 seconds, a 0.3-second improvement over the standard Turbo. The top speed, meanwhile, climbs to 192 mph, which is kind of ridiculous for a car with four doors and a trunk.
Other enhancements that come with this Panamera's extra syllable include carbon-ceramic brakes and the entirety of Porsche's active chassis systems, including Porsche Dynamic Chassis Control and Porsche Active Suspension Management. The performance goodies come standard, but that doesn't mean the Panamera Turbo S is cheap.