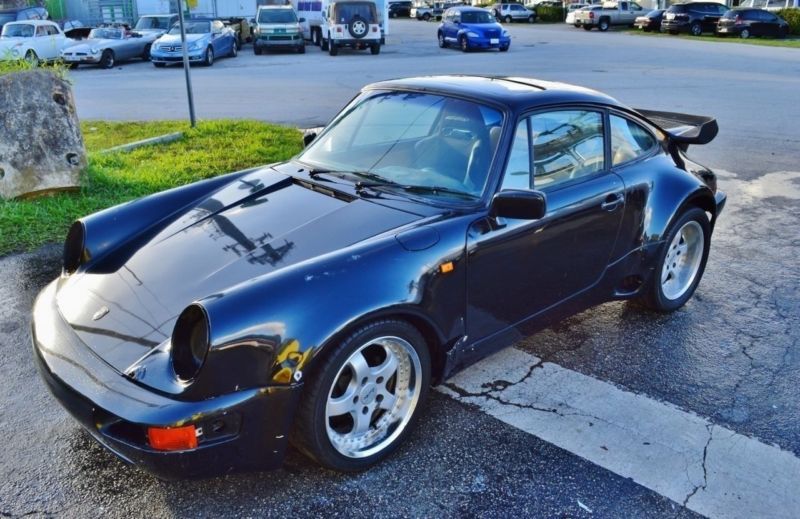 RECENTLY BARN FIND
1989 PORSCHE 930/911 TURBO
Last and only year built with a factory 5 speed,trans
Original engine appears to be fine,intercooler not installed but comes with it
Original 5 speed g50 gear box,has been lost.
Brake calipers have been lost
Body is accident free, clean car vehicle history
Car does not run
This is a very rare car i think only 200 or 300