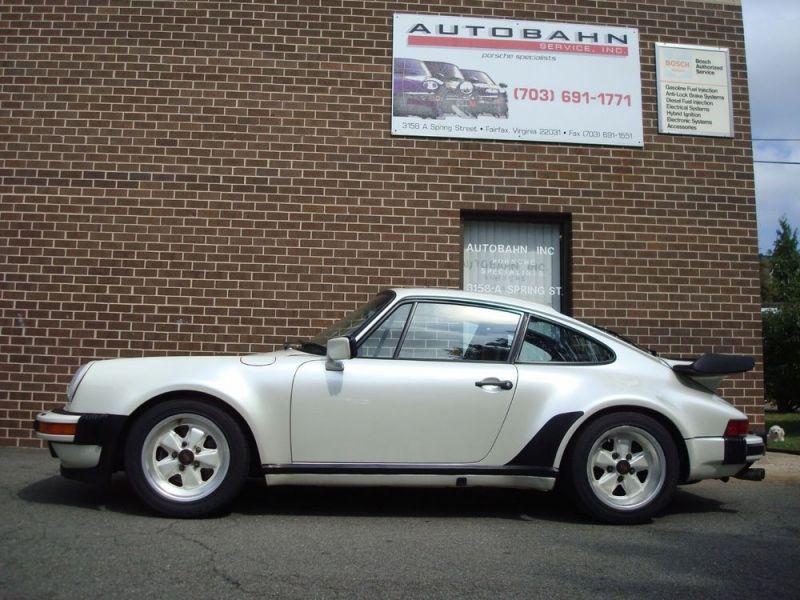 Mature driver, street driven.
It is a factory 911 Turbo. and leather sport seats.
It is code 947 pearl white with special color code 999 in the under hood sticker, paint in excellent condition, it was garaged most of hers life and it shows.
The sport leather seats are soft and in excellent condition.
Dash is perfect with no cracks or warp.
Engine has been rebuilt and modified in the year 2000 with 83,000 miles.
Engine is now a 3.4 liter engine with 7.5 compression ration and a K27 turbo.
993 head studs were installed.
Transmission was rebuilt by us with a new clutch.
Mechanically is in excellent condition. Engine is strong with no valve noise,
Transmission shifts correctly with no feel of weak syncros.
Clutch is soft and engages smooth.
New battery, new tires, Castrol Syntec 5W50 oil change, brake fluid flush.
Spark plugs, spark plug cables, oxygen sensor, filters, belts, AC,