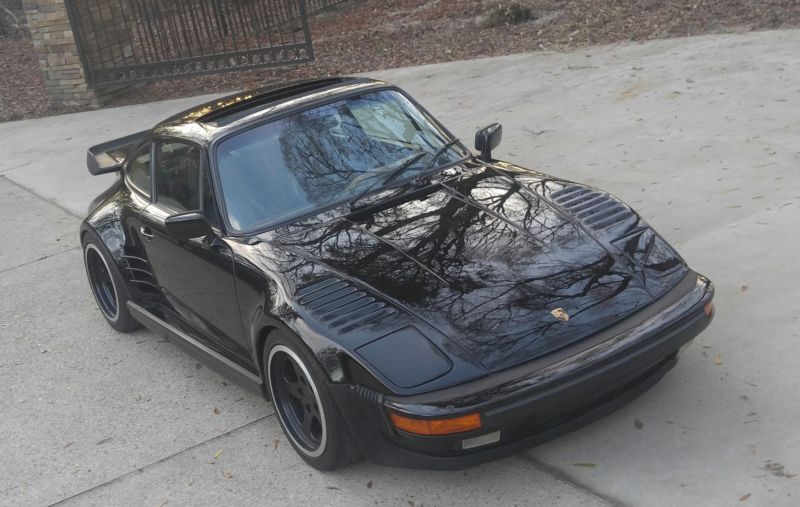 Regretfully selling my 1988 911 coupe (clean carfax) that's been converted to an all steel 930 turbo slantnose
using suspension/oil coolers/gauges/engine from a damaged 930. Dry 3.3 liter turbo engine (believed to also be an
'88 Euro) with upgraded K27 turbo and Kokeln intercooler. Custom fabricated B&B exhaust with etched serial number.
G50 5 speed tranny with high performance clutch. Just replaced both slave and master cylinders for the clutch.
Factory slantnose rear fender oil cooler. Factory turbo suspension. Ruf magnesium rims, powder coated with machined
outer lips (rims are near perfect with one front rim having a small area of clearcoat on the machined lip rubbed
about a 1" spot, no gauging in metal...you can see it in the one pic of the front passenger corner on the rim at
about the 1:00 position...easy fix, just never got around to). Tires in great shape. Brembo brakes with cross
drilled rotors. Factory sport seats. Would cost $100k+ to duplicate. Stunning paint. Windows out job with new seals
all around. Power windows, power sunroof, power locks, power seats. AC blows cold. Kenwood CD player.bidding!