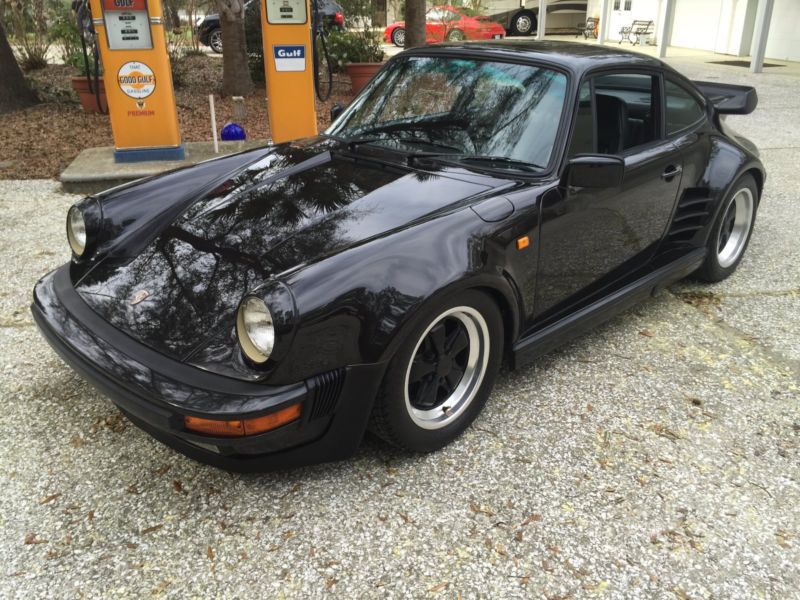 1984 Porsche 911 Turbo (930) 1 of 1 Sonderwunsch (Special Wishes) paint to sample (L999) with Black leather
interior (917) with 52,000 original miles. This car was ordered by a prominent family in Texas who ordered the car
from Germany and had it imported in 1984. What makes this car a Special Wishes car is that it was ordered with the
Porsche slant nose rocker panels and wide fenders (rear brake cooling vents) and paint to sample (a custom color).
I have all the documentation including the original bill of sale, books, manuals, keys and import paper work. This
car is 100% stock and is in perfect working order. The car was ordered with a few addition options that also make
it unique: 40% Locking Diff, Leather Sport Seats, Air Conditioning and Sunroof. This car is currently owned by the
Porsche Club of America (Palmetto Region) historian, who was also a very accomplished artist. Harold “Tug”
Mathisen passed away on December 29th 2015 and the car now belongs to his widow. The PCA club in Charleston SC is
helping Tugs wife sell the car (me). We are including an original “Tug Art” one of his many famous water color
Porsche paintings (he painted every Euro Fest poster for over 15 years). Tug was one helluva car guy and Porsche
owner, owning dozens of Porsches over the years. The car lives in a climate controlled garage and has been
recently detailed and is ready for a new home, I have the title in hand and it is clean (no accidents or any issues
with the title ever).