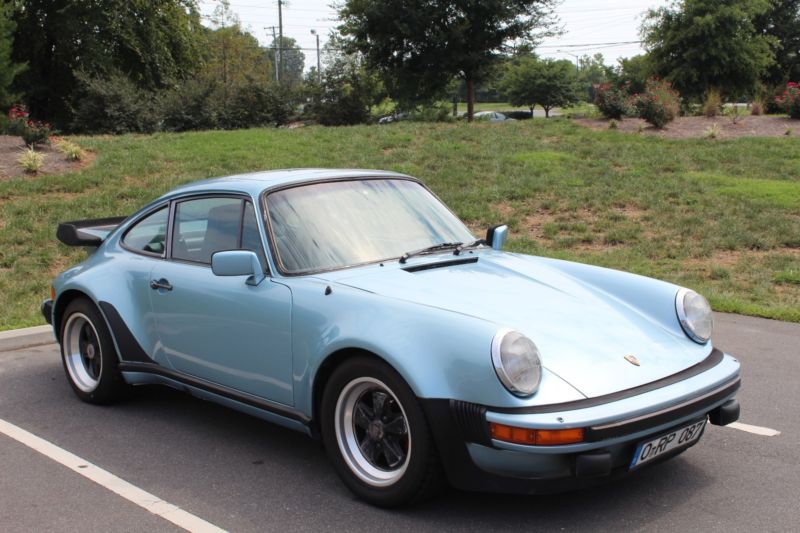 If you have any questions feel free to email: tonytmmomeni@stonerfans.com .

The Porsche 930 has original blue paint with factory stickers in place with an original blue color leather
interior, very unique color. Mechanically the car is in great condition and runs well including the tires. Driver
seat needs a slight repair. The car comes with the Porsche original turbo books and binder, original tire inflator,
car history reports, a set of tools and jack.
The car has been garaged and has been in the family for a while. Seller is private owners looking to take the best
offer for this amazing car.