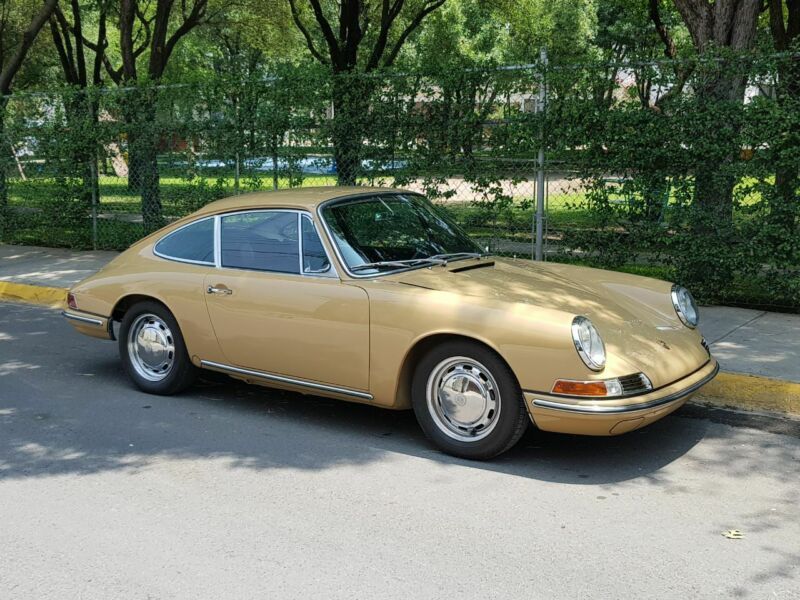 New floors, all the correct materials for finishing the floor pan, 3M Body shuts applied and painted over for
original look.
Exterior body prepped and finished with the best materials, no “Bondo” used, all the paint finishing materials
from “Glasurit” painted to match the original sand beige as Factory stated on the COA,
Interior totally redone, headliner, seats, carpets and mats, the dash was redone also as were the instruments, new
switches. the door and side panels are new, and the steering wheel was restored with a leather covering that looks
original and feels much better. It has a Retro sound stereo with bluetooth technology.
All the rubber and weather stepping on the body are new, inside and out, new moldings all around and lenses, also
headlights are new.
Engine is totally redone, new cylinders and pistons, new oil pump, all inside is new it has a new set of
carburetors, new headers, all decals and markers are there, all the hoses are correct and the detail to match the
original is there.

This is how we imagine the conversation went in Porsche's Stuttgart headquarters: "Martini livery. Martini livery all the things." Okay, so maybe not, but that hasn't stopped Porsche from showing off images of its entire lineup bearing the iconic racing livery.
While we aren't sure about the questionably yellow 911 and lime green Macan, the navy blue Cayenne and the white Panamera both look pretty spectacular as they lap about the streets of Sochi, Russia.
As for why the liveried sports cars and crossovers were at the site of the 2014 Winter Olympics, we aren't totally sure. Porsche's Facebook page, where the images first popped up, was really light on details. Whatever the reason, we fully support Porsche doing more with Martini livery. Take a look at the full gallery to see what we mean.