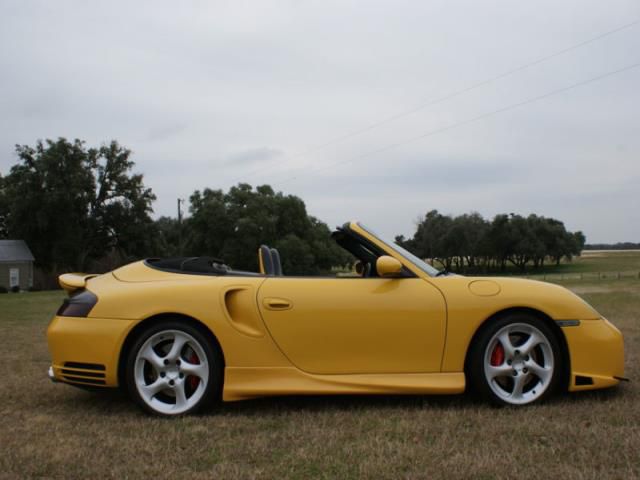 UP FOR AUCTION IS MY 2004 911 TURBO, 6 SPEED, WITH APX. 650 HORSEPOWER. THE CAR HAS THE X-50 PACKAGE COMPONENTS INSTALLED AND THEN “SOME”. THE CAR HAS MANY AFTER MARKET ADDITIONS AS WELL AS QUITE A FEW FACTORY OPTIONS, INCLUDING THE YELLOW GUAGES, YELLOW HARD SEAT BACKS, PORSCHE CREST IN HEADREST, YELLOW SEAT BELTS AND THE CARBON FIBER INTERIOR/EXTERIOR ITEMS.