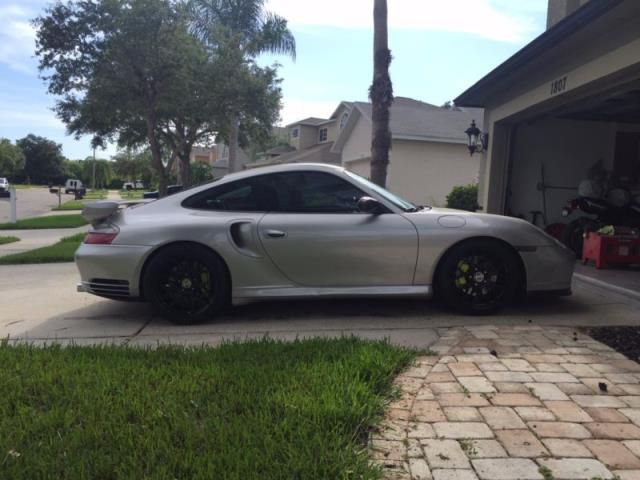 It hurts me to do this especially after all the work I just completed, but space needs to be made so I can build my dream car (65 Mustang GT350). Over the past 2 months, I have done the following work: - SRM (silly rabbit motorsports) K24+ turbos - Cobb 1000cc injectors - Cobb accessport with Sambydesign tune - factory 996 GT2 coilovers installed with agency drop links- Tarett front camber plates - new front wheel bearings - new front control arms - refinished/rebuilt calipers with new stoptech pads all around - fresh spark plugs - 19 HRE flowform wheels - 997 ignition coils - fuel filter replaced 04/2016 The car also has the following: - Forge boost hoses - Agency power diverter valves - Agency power exhaust with cats - Fabspeed intake - 997 SSK - Torque solutions motor mounts - Torque solutions rear toe arms - Sachs 764 PP/GT2 clutch disc Ive had the car for a little over 2 years and it has been meticulously cared for by myself. I replaced the water pump in July 2014 with an OEM unit along with a new serpentine belt. The car is a factory aero package with a full leather interior, porsche crests on the headrests and red seatbelts. The leather is in fantastic shape and has been cared for with leatherique. It shows no signs of etc. The carpet is also fade/stain free. The car has been converted to RWD but still have the components to reinstall. The paint is in overall fantastic shape with the front bumper showing some chips as to be expected. The car runs fantastic and pulls like a freight train with the K24+ turbos from SRM. I am looking for a quick sale and will take REASONABLE offers.
For more details eMail me : bartonkjxbudd@mynet.com