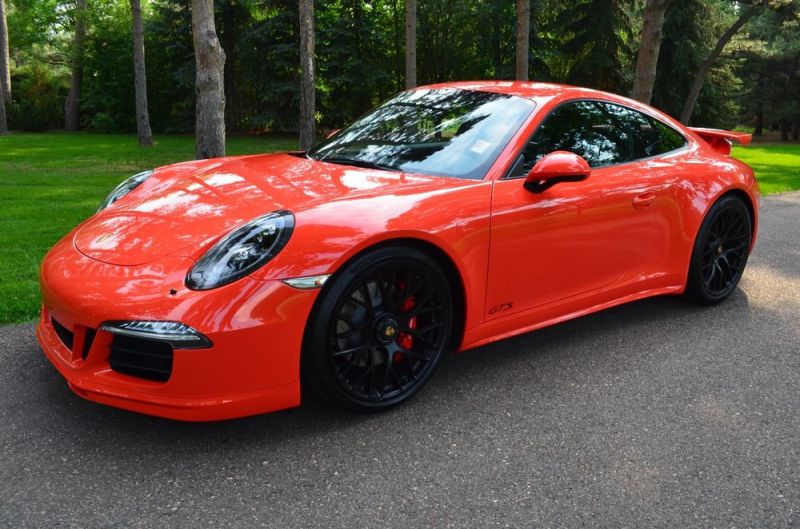 911 Carrera GTS Coupe
Finished in Lava Orange with Black Leather/Alcantara Sport Seats
This Heavily optioned car was special ordered with just the right combination of options.
In addition to the high level of standard equipment on this 430HP High Performance Sports Car, this special order car has these very desirable options: