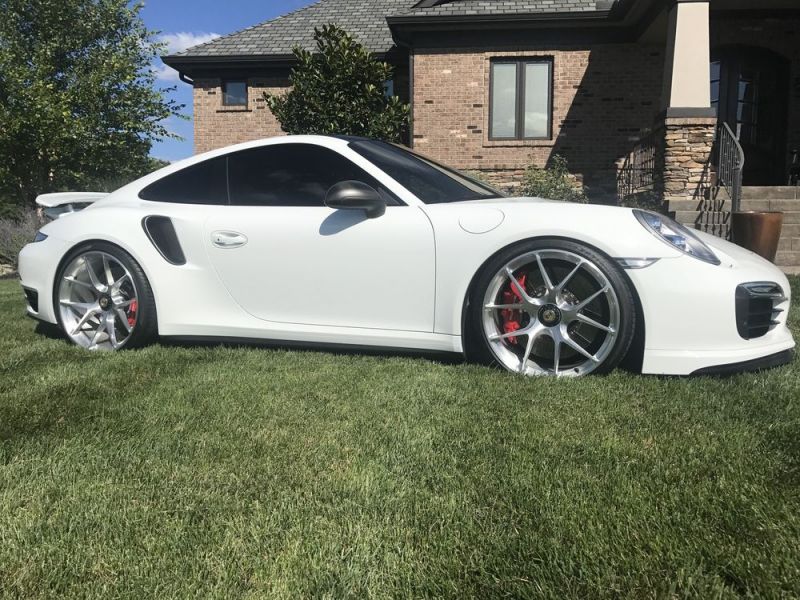 If you have questions email email me at: jaynajkkenimer@ukchefs.com .

2015 PORSCHE TURBO S MSRP $207,000.00 MOST OPTIONED TURBO S IN 2015 I'M SURE. CAR IS 100% PERFECT.
I AM THE SECOND OWNER AND DONT DRIVE IT LIKE I THOUGHT I WOULD.
CAR HAS HAD NO ACCIDENTS, PAINT WORK OR ANYTHING.
HERE IS A LIST OF EXTRAS THAT TOTALS FOR MORE THAN 28K.
1. HHR WHEELS AND TIRES INSTALLED ABOUT 3000 MILES AGO 255/25/21 ON FRONT AND 325/25/21 ON REAR. 15K FOR SET
2. ALL WINDOWS TINTED, TRUE CARBON FIBER MIRRORS AND SIDE INTAKES.
3. CAR HAS CERACOAT PAINT CORRECTION AND PROTECTION DONE ABOUT 3 MONTHS AGO. $3,000.00
4. CAR HAS BEEN LOWERED AND RIDES FACTORY. COMES WITH ORIGINAL SPRINGS.
5. CAR HAS CLEAR BRA OVER COMPLETE HOOD, FRONT COMPLETE BUMPER, DOOR SEALS, DOOR PILLARS, HEADLIGHTS, IN FRONT AND
BEHIND REAR WHEELS. HALF OF FRONT QUARTER PANELS. CAR HAS ZERO ROCK CHIPS OR ANY ISSUES ON PAINT WHATSOEVER.
NEVER SMOKED IN, NO RAIN, STILL UNDER FACTORY WARRANTY. CLEAR TITLE.
THIS IS PROBABLY THE MOST OPTIONED CAR EVER ORDERED IN 2015 FOR TURBO S. ABSOLUTELY BEAUTIFUL CAR.
CAR SHOWS NO WEAR ON INTERIOR OR EXTERIOR.