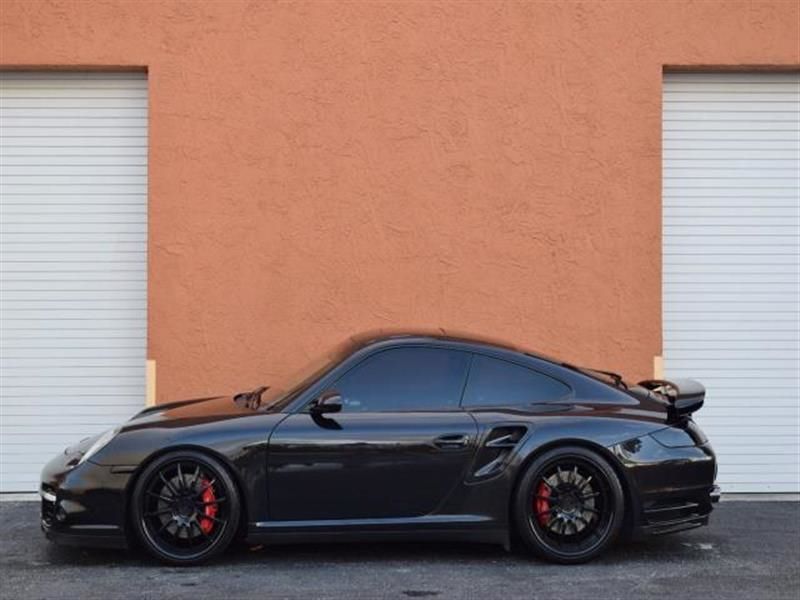 eMail me for more details : pfgk4muizx@mail.com 2008 997.1 911 Turbo With A 6 Speed Manual Transmission. Being A 1 Owner CarSince New, The Owner Was Very Meticulous With Maintenance And General Up KeepThroughout The Car, This Car Is Presented As If It Had Half The And Modifications Have All Been Performed Since New At FioranoMotorsports (ferrari/ Lambo/ Porsche Indy Shop). The Exterior Is In BeautifulCondition With Almost No Defect, All Original Paint Ensuring That This 997 HasNever Been In Any Type Of Accidents. 3m Clear Bra On The Front Clip Has Saved ItFrom The Usual Rock Chips. Interior Is In Great Condtion With Almost No Wear AsSeen In Pictures, Everything Is In Working Order. Exterior Is All Stock BesidesThe Carbon Fiber Rear Diffuser.the Engine And Transmission Perform Flawlessly,The 750r Kit Really Wakes Up This Porsche To Perform At Its Full PotentialSafely And On Pump Gas! Sachs 2.5 Clutch Is Installed And Has No SlippageIssues. Massive Amounts Of Service History To Back Up The Condtion, This Is ATurn Key 997 Turbo Ready To Be Enjoyed. 360 Forged Wheels Wrapped In NewerMichelin Pilot Sports, Fresh Brakes And Tight Suspension Ensure More Smiles PerMiles. Books, Manauls, Window Sticker, Clean Carfax, Records, And Two Keys AreAccosiated With The Sale. Sport Chrono, 6 Speed, Black On Black Coupe Doesnt GetMuch Better Then This. Inquires Please