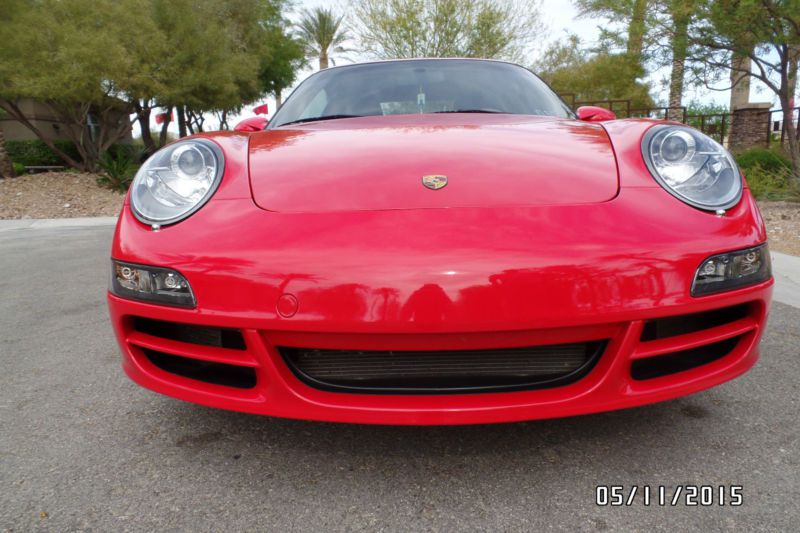 This Extra Clean 911 Needs nothing but a new owner , all services has been done only at Porsche dealership and has been very well maintain. Guards Red with Tan interior is one of the be Porsche combinations making this 911 stand out in a crowd. It has Sports Chrono Package Plus, Bose High end Sound Package, Tiptronic S, Remote CD Changer (6 Disc) and BI-Xenon Lighting.