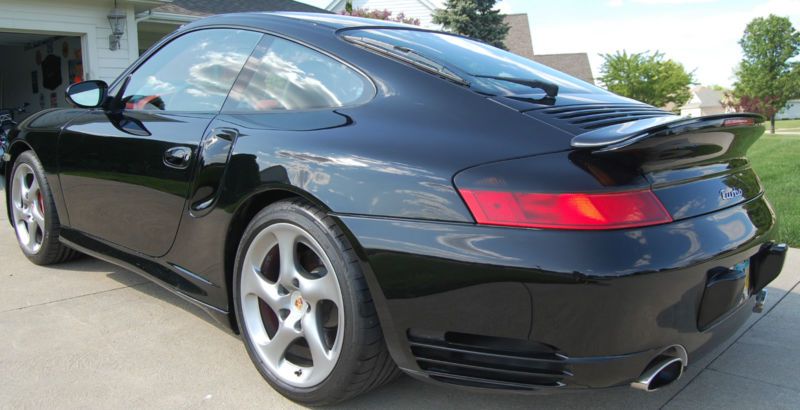 If you have any questions feel free to email: florentinafssherry@cafeuk.com .

High mileage car, but always maintained to perfection. If anything has ever been
needed on this car, it has been performed. Owned by a perfectionist who has been a long-time Porsche owner and
currently owns 3 other Porsches. This one must go! Most miles are highway as this car was often taken on a 600 mile
round trip to their vacation home. Always serviced at 3,00 mile intervals with Mobile 1 synthetic oil. New tires:
Michelin Pilot Sport 295/30ZR 18, Kenwood radio with Bluetooth and GPS satellite radio, Gemballa dash, new rear
struts, recently serviced: air filter, oil filter, cabin filter. All fluids replaced: transmission, brake, engine
oil. Never driven in poor weather. Always garaged with a battery maintainer. Recently detailed. Headlights buffed
to "like new finish." No visible stone chips on front bumper cover or hood. The bad: electronic engine oil low
warning light does not function properly (there is a dipstick to manually check engine oil level). There is also
minor curb rash on 2 of the wheels.