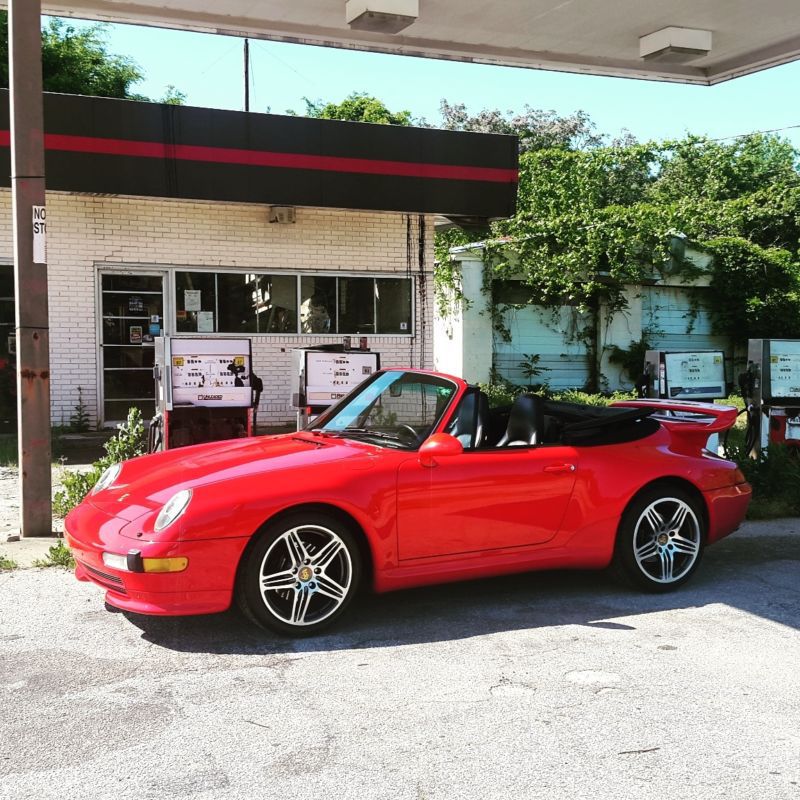 ANY QUESTIONS JUST EMAIL ME: jacqueline.scaccia@clovermail.net .

6 speed! Immaculate, inside and out, Clean Carfax, 2 owners (previous owner was a professional baseball
player-dealer also listed as carfax owner). No scratches, original paint, no accidents. All books, tools, and
manuals. Never tracked (its a convertible-would you really want to?).
Only modifications are Alpine radio, RS aero splitters and Wing ( sorry, I no longer have the original wing nor
wheels).
This is an excellent low mileage and always garage kept Porsche 993 Manual with the right colors. Has never seen
one drop of rain and non smoker. All paint code stickers are there and
I love Porsche. Vehicle garaged in Orlando, FL (winter home)