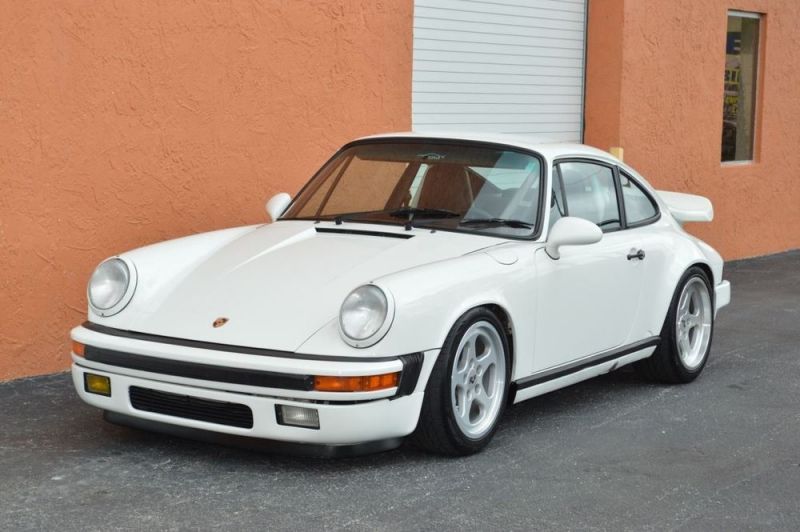 If you have more questions or want more details please email : sammiedeady@netc.pl .

This is one little bad 1987 Carrera with tasteful mods and some extra power thanks to a upgraded 993 3.6L engine.

This 911 has undergone quite the transformation from stock, this was owned by an enthusiast..
Starting off as a base, straight, rust free g50 coupe the original 3.2 was dropped and replaced by a OBD1 993 3.6L.

Professionally swapped by a engineer, everything works exactly as it should and looks factory, even has ice cold AC with condenser moved to the front! The engine had the top end refreshed before it was installed. Engine remained stock besides the CAI, headers, and a chip.

Starts up perfectly everytime, no leaks or smoke. Sometimes starts a little rich but goes away immediately. Big power difference compared to a stock 3.2, she pulls to about 7400 rpms and screams. Clutch was upgraded when swap was performed, and the transmission shifts into the gears effortlessly.

Petrolicious studies the purity of a Porsche 911 2.7 RS

Water-cooled Porsches are superior to the old, air-cooled models. This really isn't up for debate, despite the mob of Porsche purists, with pitchforks and torches in hand, currently descending on the Autoblog offices. Water-cooled models are more powerful and easier to live with, two factors that make modern Porsches just so darn amazing.
And while we won't hear arguments on anything we've written above, we will say that the old air-cooled models, while not superior, are just, somehow, better. They sound better - a lot better. They're simple, elemental and wildly entertaining things, that just beg for more and more. They rev in a way that forces drivers to work to unlock their power, rather than just push their right foot down. Part of the appeal of air-cooled Porsches, in addition to what we just listed, are the gorgeous cars they're slotted into, like the subject of the latest video from Petrolicious.
Starring a 1973 Porsche 911 Carrera 2.7 RS, this video is a bit shorter than recent ones, but it's no less exciting. This 911, complete with it's sweet-sounding exhaust is the kind of simple, entertaining thing we can watch over and over. Scroll down for the full video.