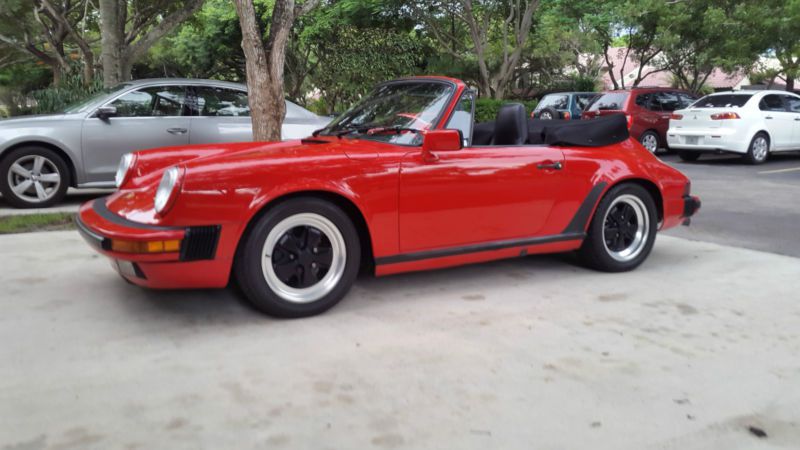 This is my 1987 porsche 911 cabriolet. the car is in like new conditions everything works! the soft top and head liner are new i paid 2000$ on the top Porsche original part! the interior is like new! seats are perfect! mechanically the car runs very strong no oil leaks completely dry! the car just had a full service at vertex here in miami fl. the paint is very very good i can said is a 100% original paint ist like a mirror.