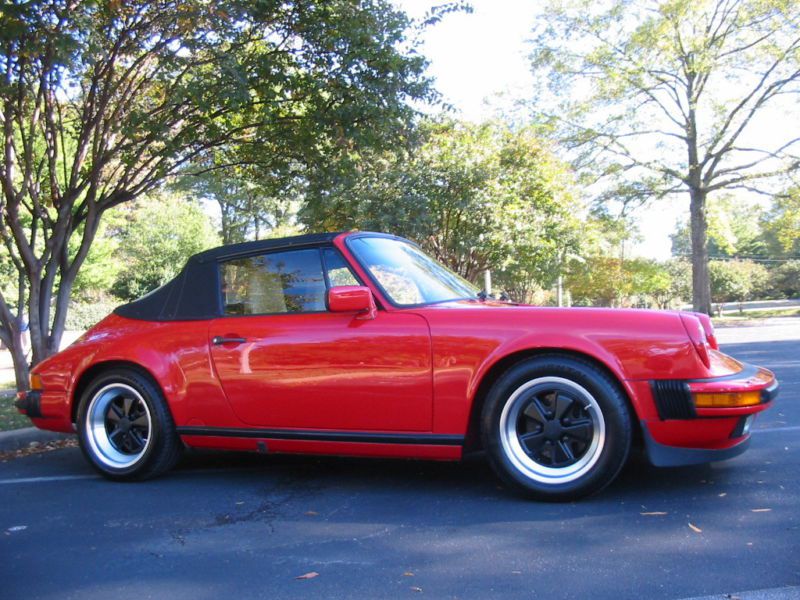 Just email me at: joellenjccappucci@seeksromance.com .

Superb low mileage cab in wonderful condition. Fresh top end done with receipts, new German canvas top along with new power cables, new Continentals, owner’s books, tools & tire pump. Paint is extremely nice – interior is as new. Beautiful survivor with extremely low miles.
Also, the power top cables were replaced along with the canvas top a short time earlier at considerable cost – the top is “as new” today with a perfectly clear rear window.
This is a classic Porsche Carrera that has been professionally maintained and garaged since new. It is a “no issues” example that is truly ready to be driven and enjoyed and should be seen to be appreciated.