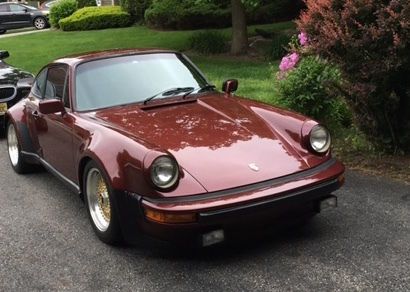 More infos regarding my car at: rashidarssapinski@seeksromance.com .

The 1974 911 did not come with Thermo-Reactors like the 1975-77 911 models. Instead, the 1974 came from the factory with the 1973 style heat exchangers which did not cause the higher exhaust temps heating up the crank case. In fact, this motor was specifically checked for that and confirmed the studs to be rock solid when checked. Ruby Red metallic with black interior. Only 93k original miles. All numbers matching. Features BBS wheels. One owner car has never seen rain. Lifetime PCA member. Converted to a 930 wide-body using all Porsche factory metal flares which was beautifully done. OEM whale tail spoiler.